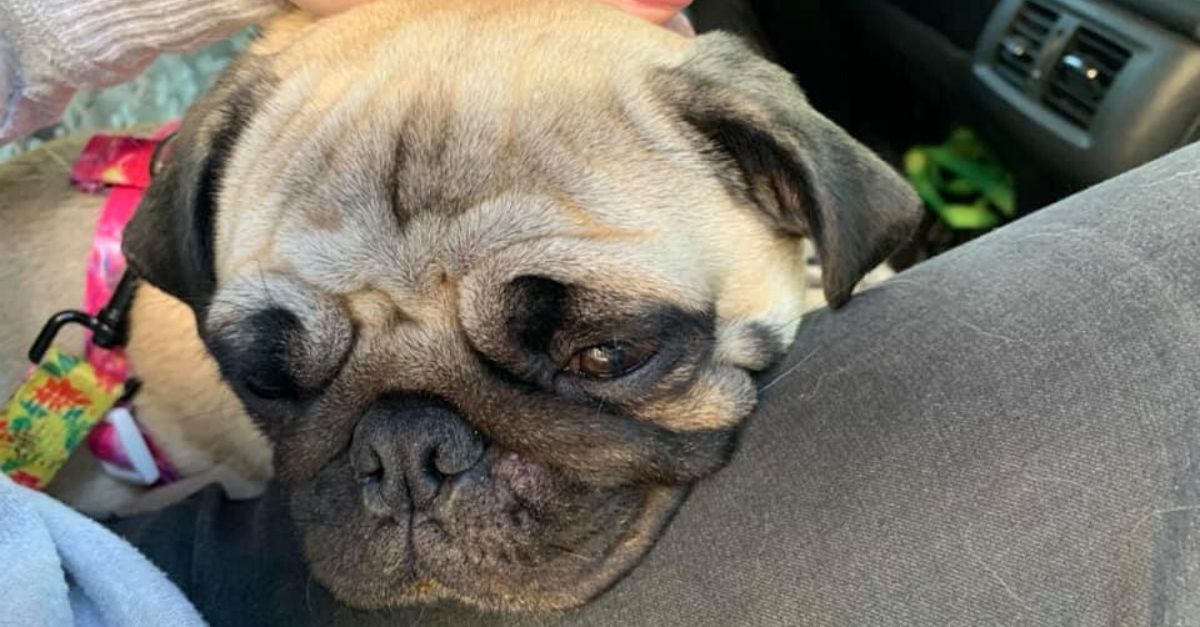 Oh my gosh, this poor pup was probably having the psychedelic trip of his life and didn’t even know why. A concerned owner is warning all other pet owners after her own pup accidentally consumed poop that contained ‘magic mushrooms’ while they were out on their daily walk. According to Kasey Lee, her pug, Riley, was enjoying some fresh air in Paradise Point in Australia, when the animal suddenly fell ill with severe stomach problems.

Lee believes Riley had indeed consumed human poo that contained the special mushrooms, which is a type of white mushroom that can cause hallucinogenics. She then explained that the pug was so sick that he had to spend a night at the emergency vet. Riley began to throw up and poop all around their home, as they desperately tried to clean it up to not make a mess around their home. Veterinarians later revealed the dog was showing symptoms of marijuana, but Riley’s urine test was negative for pot. That’s when doctors stated they were “almost certainly magic mushrooms.”

The enraged dog-owner shared her experience through the Paradise Point Beach Facebook Group to help raise awareness for other dog owners, where she gave an update about Riley. She stated, “She was very unwell with terrible gastro. The magic mushrooms are a toxin that meant she couldn’t stand up straight and was constantly wobbling and shaking. She has been treated overnight to bind the toxin and get it out of her system.”

So, yeah, of course, this is sad, this poor four-year-old dog probably didn’t know what was going on and thought it was going to die. But honestly, who in their right mind does this? So gross, so unnecessary. The fact that there are people in Australia just nochelountly consuming special psilocybin mushrooms, and then just leaving their human feces in the middle of the street as if nothing is insane. Disgusting behavior for sure.

Thankfully, little Riley is now doing much better and is back to normal. But still, this could have been avoided if people just kept their poops in their pants. According to FRANK, an anti-drug advisory service, the main risk of magic mushrooms to humans is eating a poisonous one by mistake which can kill you, make you feel dizzy or sick. One can also experience side effects such as diarrhea or stomach pains. Magic Mushrooms can also exacerbate mental issues, eating them can cause you to experience flashbacks or have a “bad trip.”

Which I mean, we all know this. They are MAGIC mushrooms for crying out loud. But hey, if you’re going to do mushrooms (which I am not condoning, of course) make sure you don’t poop on the street. That’s what toilets are for. You animals.

Editor’s note: This article was originally published on June 9, 2020.

Watch: Dog Accidentally Puts Car in Reverse, Drives in Circles for an Hour