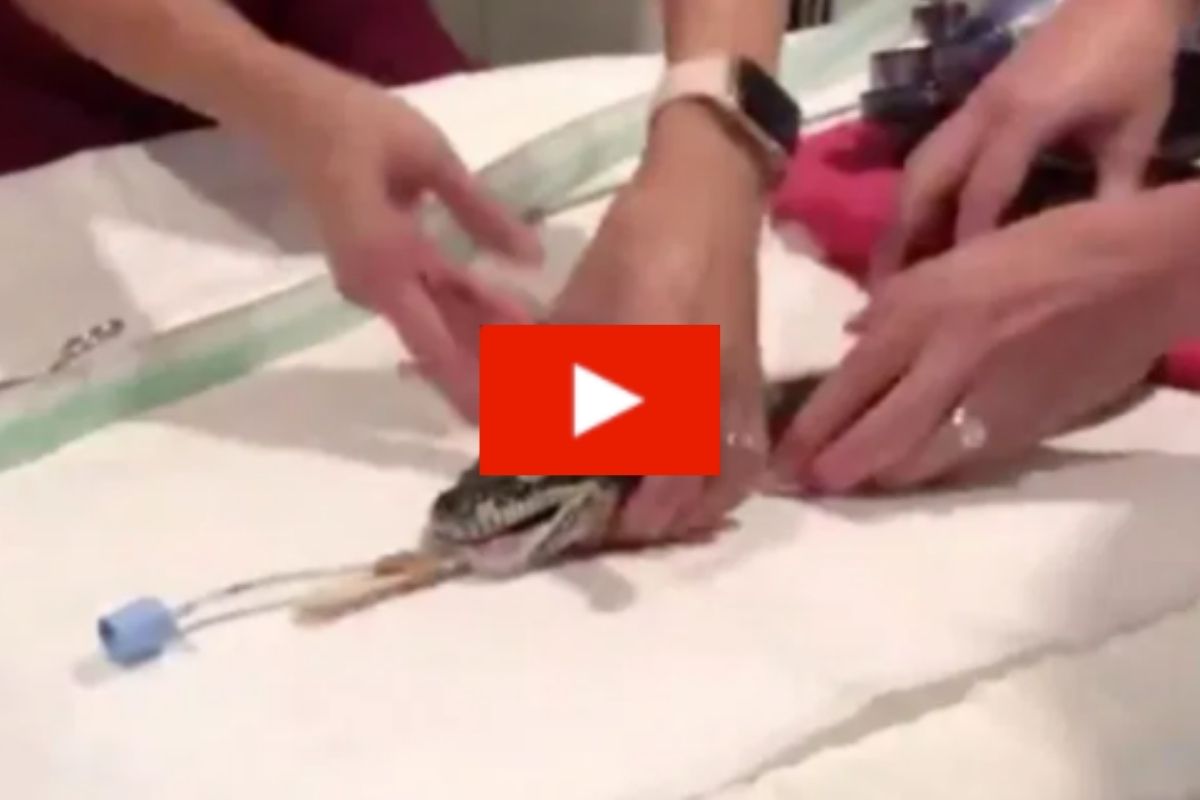 Oh my gosh, this is one of the most stressful and satisfying things I have seen on the internet. I’ll be honest, I totally didn’t think that an entire BEACH TOWEL was going to be pulled out of this python, and it’s insane! I mean, a towel is huge, but how did this python even manage to swallow it? I have so many questions that are most likely going to be left unanswered.

According to the staff at Small Animal Specialist Hospital in Australia, a family brought their 19-year-old jungle carpet python, Monty, into the Avian and Exotics Department after she swallowed the towel. First off, what family just casually has a pet python? Did I miss something here? Using an endoscope to confirm the location of said towel, the veterinary team used forceps to pull it out slowly out of the mouth.

ODDLY SATISFYING: Team of vets pull AN ENTIRE BEACH TOWEL out of a python in Australia – with their bare hands. pic.twitter.com/rjzR2lrmEW

Yup, these Australian veterinarians just open the python’s mouth and start pulling. So nonchalantly AND with no gloves. Insane, I tell you! Luckily for us, the entire procedure was posted on the hospital’s Facebook page, because it truly is remarkable. Have you ever seen anything like this? I bet you haven’t because this is truly impressive. Also, as a side note, Monty was anesthetized and doctors took several radiographs beforehand just to confirm the location of the start of the 10-foot long towel.

So, there they were with a flexible endoscope and just placed it down her gastrointestinal tract and used long forceps through the endoscope to get a good grip of the entire towel from Monty’s stomach. According to the Facebook post, Monty was lucky okay and was discharged from the hospital following the procedure. Her owner did note that she was back to her happy, hungry self! I’m sure we can all agree when I say I hope her appetite for towels is over with. Because well, this did look pretty painful. Thank goodness for veterinarians, the true heroes who keep our best friends alive and happy!

Editor’s note: This article was originally published on February 28, 2020.