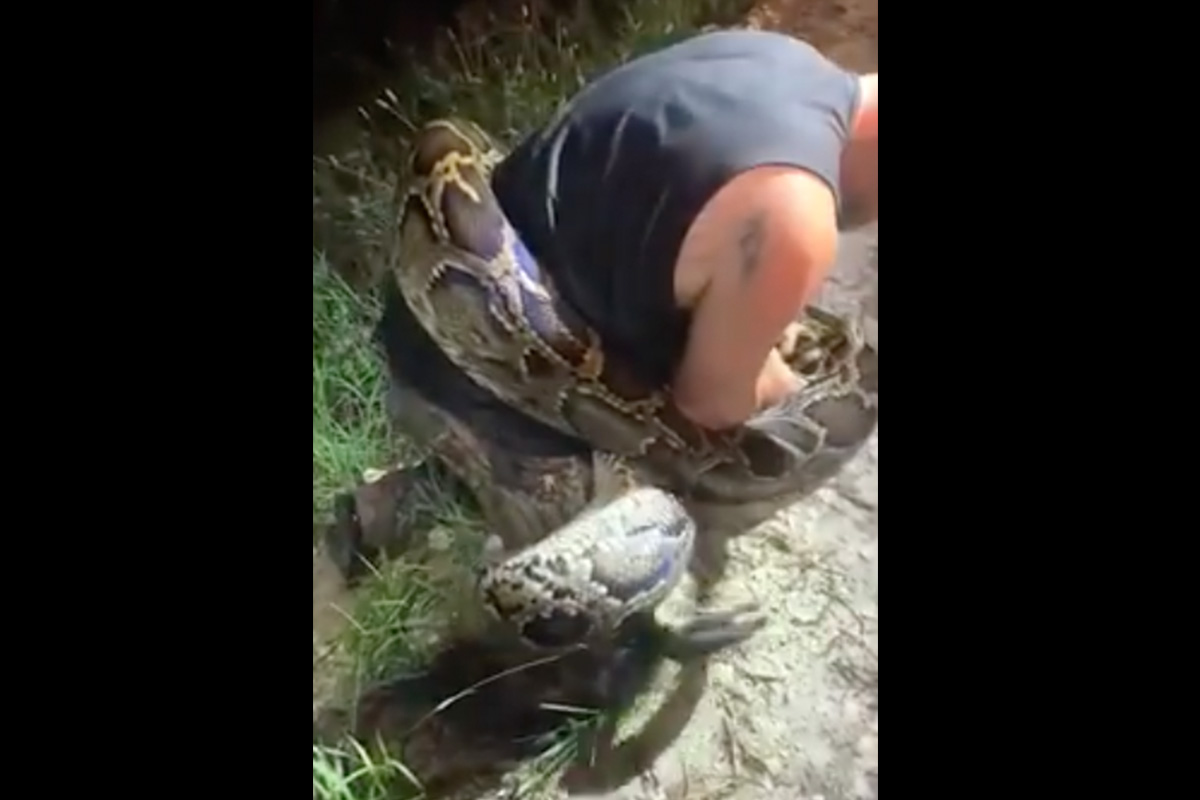 A monstrous Burmese python that set a new record for length was caught in the Florida Everglades north of Miami and it was, without exaggeration, big enough to kill the python hunters who took it down.

The invasive snake was found, captured, and killed by Ryan Ausburn and Kevin Pavlidis, who are contracted by state and local agencies as part of a python elimination program to stop the invasive species from devastating Florida’s native wildlife and ecosystems.

A New Record for Longest Python

At 18 feet, 9 inches in length the female python breaks the previous record for Florida’s largest python by one inch according to the South Florida Water Management District.

One of the snake hunters, Ryan Ausburn, told local news that after he got a hold of the state record-setting snake he realized, “Oh my God, that thing could literally kill me.”

A 17-foot, one-inch python was captured in the Florida Everglades, setting a record for the Python Elimination Program, which employs snake hunters to try and defeat this invasive species. pic.twitter.com/74PLyJTpei

Video of their take down shows the pair pulling the beast of a snake out of waist deep water in the middle of the night and then unraveling the female snake as it tries to wrap itself around (and then presumably crush) one of them.

They both attested that it was the largest snake they had ever seen and probably ever will see. Pictures of the monster are making the rounds on social media, leaving the rest of the country stunned at the size of the female Burmese python.

As far as what should happen next, this commentator humbly suggests getting a python action team together and heading into the Everglades with flame throwers. Only a cleansing fire will save us and Florida’s wildlife from these snakes’ reign of terror.

Watch: Bow Hunter Has Soft-Ball Sized Chunk of Leg Bitten Off by Bear