Rejected by her mother, a tiger cub finds love with a new family thousands of miles away 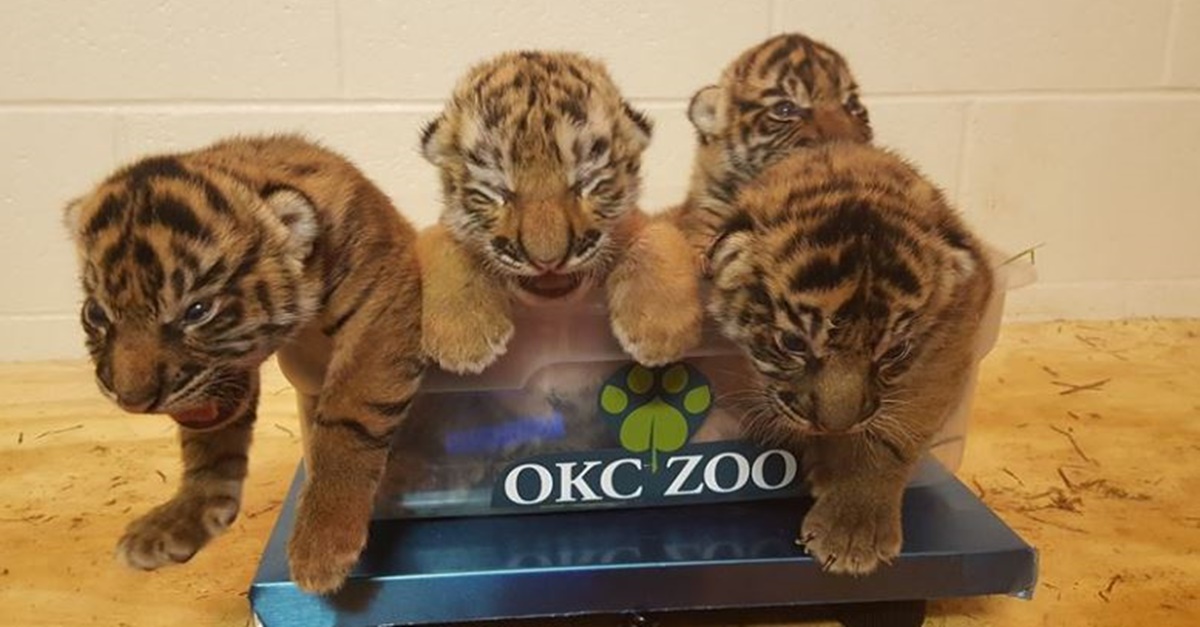 Things were rough going in Philadelphia.

Thankfully, a tiger cub who lacked love–and nurturing–has found both at a zoo in Oklahoma.

Zoya was unfortunately rejected by her mother at the Philadelphia Zoo, but a new webcam featuring live-streaming video of the tiger at her new home at the Oklahoma City Zoo shows quite a different situation.

Tiger Cub Cam features Zoya with her new mother Lola, as well as brothers Eko, Ramah and Gusti. They are bonding like none other–playing, feeding and sleeping indoors. By mid-September, they’ll move outside.

The unlikely bond forged between Lola and Zoya might come from Lola giving birth just one day before Zoya was born.

RELATED: One facility came up with a very inventive way to help their chubby tigers lose weight

Whatever the reason, Zoya (who is a Siberian tiger) and Lola (a Sumatran tiger) are of a similar subspecies and are bonding up a storm.