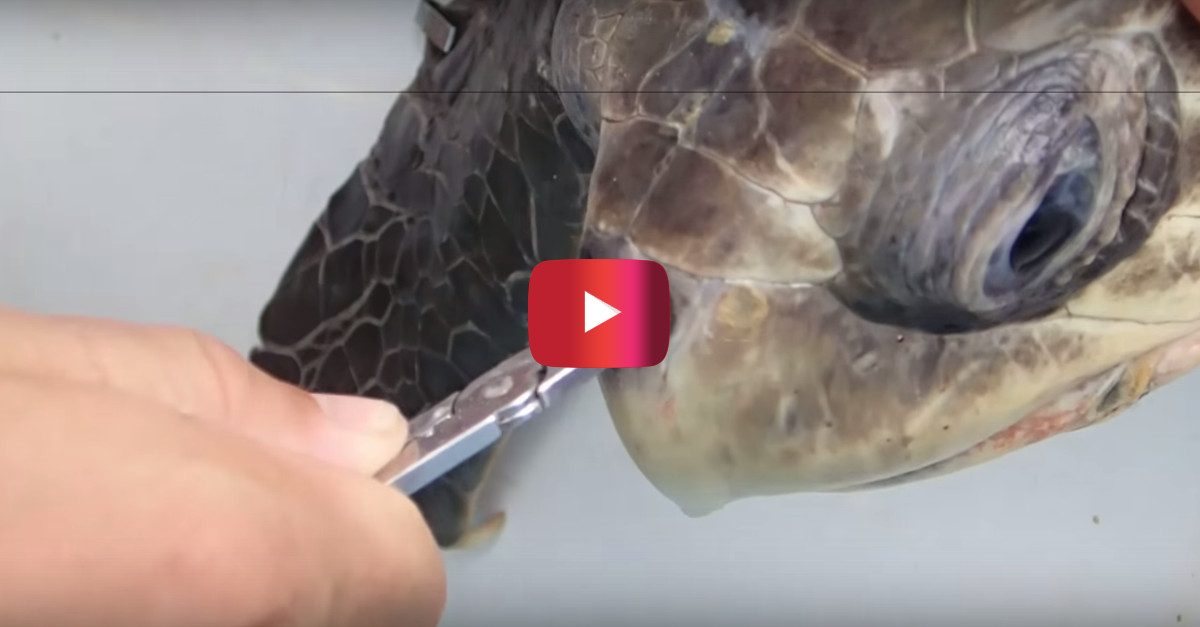 We’re not going to tell you not to use plastic straws, but we will tell you that this video is proof that the proper disposal of some materials is harming marine life.

Just look at this Olive Ridley sea turtle discovered by a a research team in Costa Rica. The poor, suffering animal had a 10-12cm plastic straw lodged in its nostril.

At first, the team thought it was a parasitic worm — they were initially trying to remove it to identify it. They cut a small piece off to investigate, and finally realized what they were looking at. They eventually removed it with a set of pliers and a Swiss Army Knife.

“He did very obviously not enjoy the procedure very much, but we hope that he is now able to breath more freely,” wrote the researchers on YouTube. “The turtle very likely ate the straw and regurgitated the straw where it ended up in the wrong passageway. The nasal cavity of sea turtles is connected directly to the palate (roof of the mouth) by a long nasopharyngeal duct.”

Here’s more information on the removal.