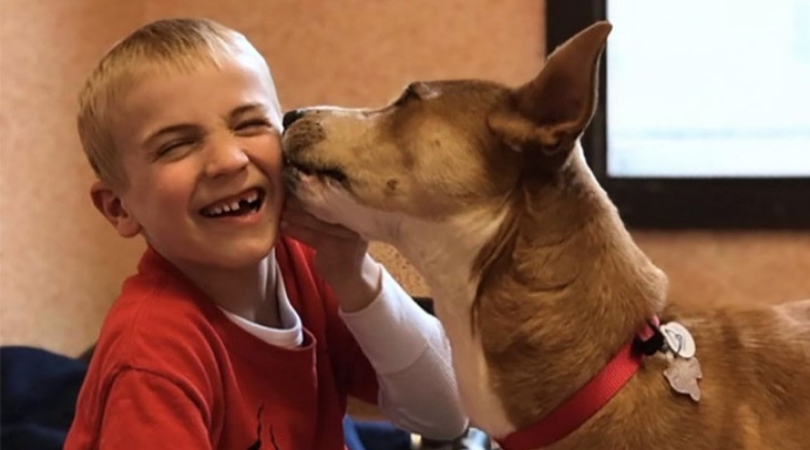 7-year-old Roman McConn from Evans, Georgia, a city outside of Augusta, is being recognized as a hero for his loving heart! The American Society for the Prevention of Cruelty to Animals, known as ASPCA for short, awarded McConn with an ASPCA public service award called the ASPCA Tommy P. Monahan Kid of the Year award for helping them save over 1,300 dogs since he decided to dedicate himself to the cause when he turned 4-years-old.

It all began when Roman asked family and friends not to give him gifts for his 4th birthday. Instead, he wanted them to show emotional support and donate money to his favorite animal rescue. With the help of his mom Jennifer Mcconn, Roman looked into a more hands-on way of helping rescue dogs. This led him to his first transport of 31 dogs from a high-kill shelter in Texas to Washington in December 2016 and helped them find loving homes.

Roman’s reason for helping the vulnerable animals? He thinks that the most important part of what he has been doing for many years is giving risk animals a way to showcase their personalities. His mom records videos of Roman playing with shelter dogs and uploads them to Facebook. This gives people a chance to see what the dogs are like, showing they don’t pose any risk to children.

What started as a small act of kindness has now evolved into Project Freedom Ride. Project Freedom Ride is Jennifer and Roman’s organization that helps rescue animals from high-kill shelters in Texas and find them safe homes. Roman hopes that children hear his story and become interested in helping in their area. For its success, Roman and his family were treated to a special trip to New York City, New York, where he spoke about the organization and why he loves to service dogs and even help the occasional homeless cat.

He explained how his passion to help and save animals began when he was 3-years-old. The first dog he and his mom found was Sullivan, nicknamed Sully for short. The American bulldog was the size of a small horse, and the duo managed to successfully find him a home in no time. Ever since Sully, Roman has gone through great lengths to help all the animal he can. Looks like this kid has his career set for him already. Off to vet school you go, Roman.

Editor’s note: This article was originally published on January 9, 2019.

Watch: People In San Francisco Are Pooping On The Street So Much The City Created Their Own “Poop Patrol”