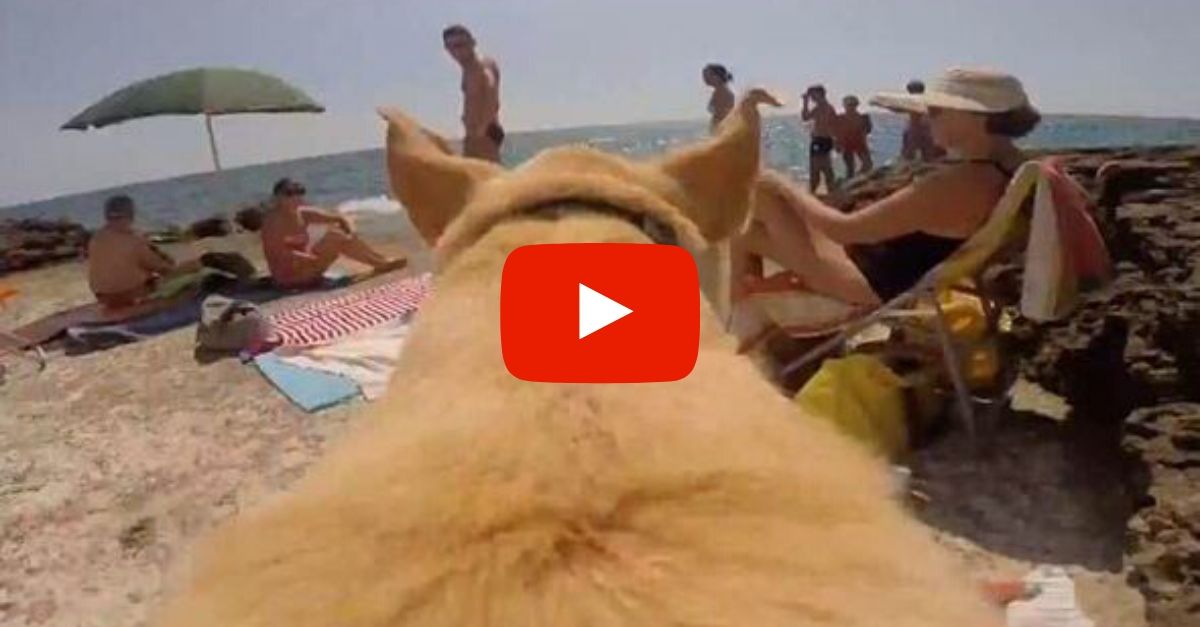 As I was searching online for cute dog videos to cheer me up, as one should always do, I came across this adorable and soothing video of an adorable pup named Walter. Turns out Walter and his dad were enjoying a nice day at the beach, just minding their own business. But what I didn’t see coming was Walters’ excitement to jump straight into the ocean.

If you have ever wondered what it feels like to be a dog and jump into the water, well, here is your answer. Being able to see a dog’s point of view is pure delight. Turns out Simone Sciumbata, the owner of Walter, who is a Labrador Retriever, was given a video camera for his birthday a while back. So, he decided to take advantage of it and put it to use with the help of good ol’ Walter.

Sciumbata decided to stream the GoPro camera on his best friend’s collar just before the dog made his run from the home of Sciumbata’s girlfriend in, Siracusa, Sicily, to the beach. The video, which lasts 30 seconds, was posted on Youtube showing how the dog springs through the home’s backyard, down the stairs around the trees, over rocks, and straight through beachgoers until he then successfully dives into the water.

It’s really an amazing video, you can feel Walter’s spirit just leaving his body as he dives in the water freely. I also love how the people on the beach don’t even flinch, they just let the good boy do his thing as they stand out of the way of this yellow lab.

Run Walter, run! We love you!