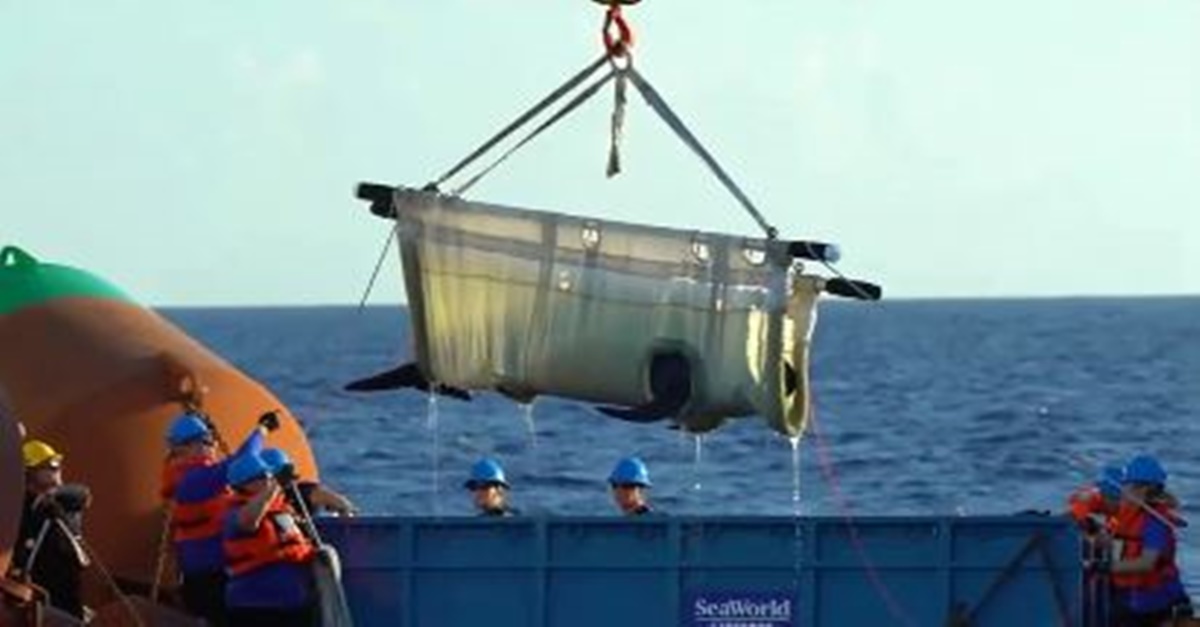 Gale was beached on a northern Florida shore in early July when authorities stepped in.

Now, after a lengthy rehab at SeaWorld Orlando, the pilot whale has returned from whence she came. The 725-pound mammal was released back into the ocean 140 miles off Florida’s west coast last Tuesday.

SeaWorld officials say Gale responded well to her rehab over the past month. It was not disclosed as to what ailed Gale. Members of the Coast Guard assisted with her re-entry into her regular habitat.

RELATED: There?s a beached whale on the banks of the Seine in Paris. Non?

But, if she ever needs help again, researchers will be able to step in: Before her release, she was fitted with a satellite-linked transmitter.