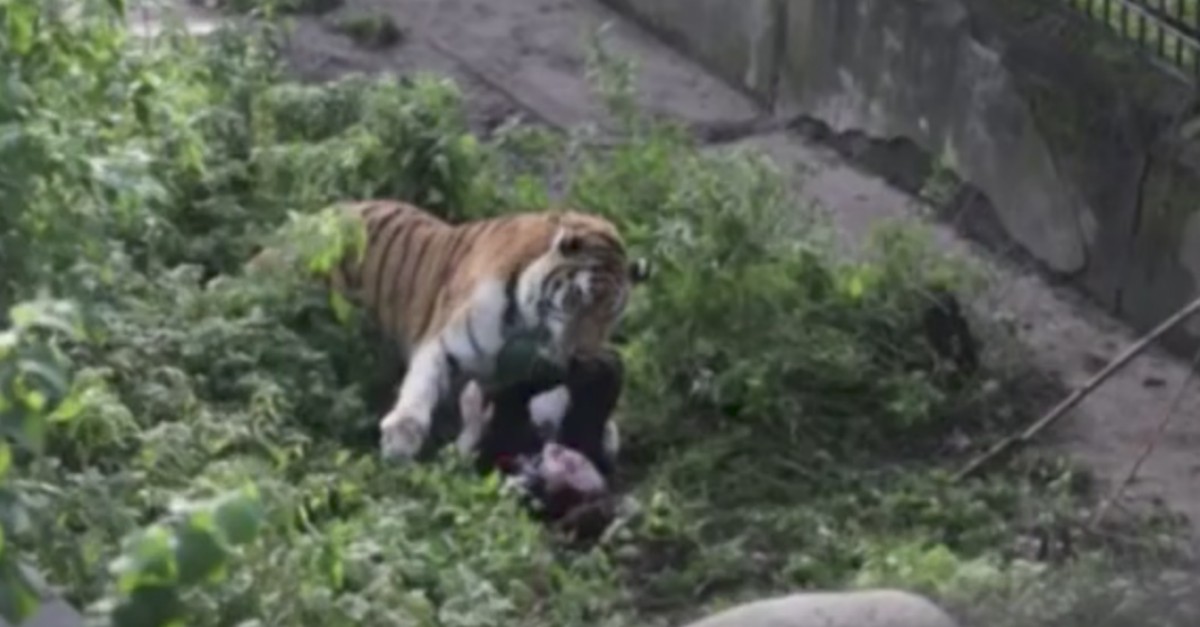 RELATED: A zoo employee had only been at work for a week when the unthinkable happened

The zookeeper at Kaliningrad Zoo in Russia entered the animal’s enclosure and the tiger went crazy — knocking her over and scratching at her face with his claws.

Taifun — or “Typhoon” — had never attacked before. It is either 15 or 16 years old, according to the Sun.

Fortunately, the woman was saved when onlookers and zoo-goers began yelling and trying to distract the massive mammal.

It worked. The zookeeper was able to escape into a back room. She is expected to survive the ordeal.

RELATED: Police say they shot a tiger that was loose in a residential area

Clearly, there was miscommunication that led to the incident. The tiger was supposed to be contained in another part of its compound when the woman brought its food.