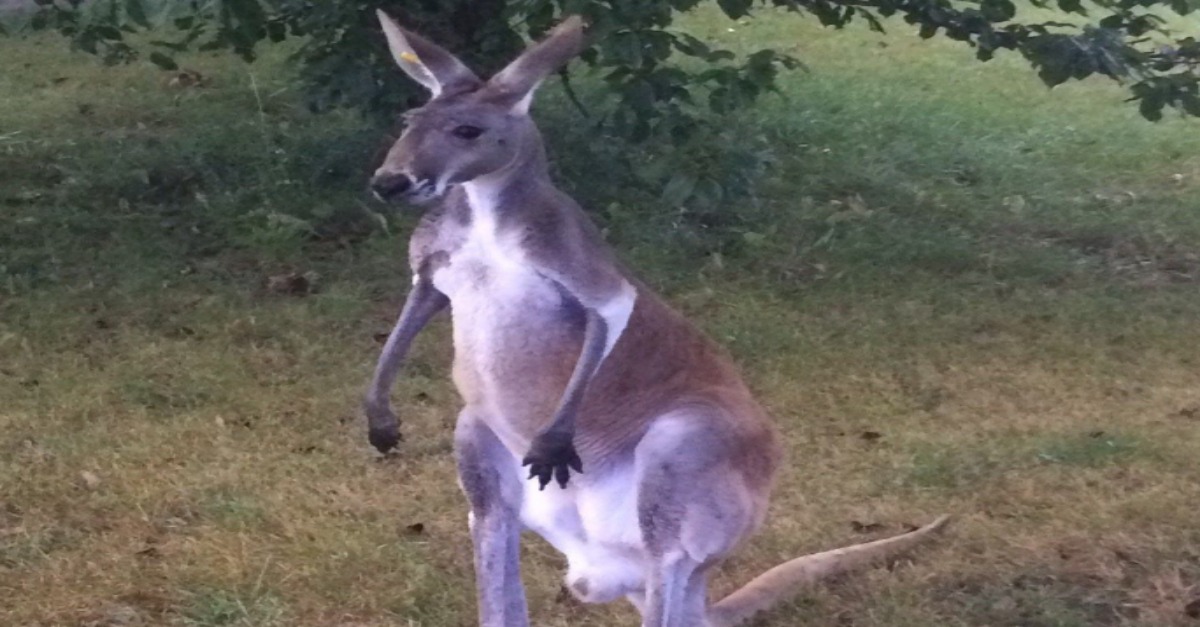 A kangaroo escaped from his pen at a pumpkin patch in Wisconsin early Thursday morning.

RELATED: Two gigantic kangaroos met face-to-face for a midnight battle on the lawn

And, the next thing you knew, the joey was hopping its way down the highway.

The Kenosha County Sheriff’s Department responded to a call around 7 a.m. from a tipster who saw the animal on Highway L in Somers, in the southeast part of the state.

Sheriff’s deputies rounded up the joey in no time and soon realized it belonged to Jerry Smith’s pumpkin farm, blocks away.

RELATED: An abandoned baby kangaroo has been deemed healthy enough to return to her mother

Officials say the kangaroo was returned to the patch safely and without injury.