If A Service Dog Approaches You Without Its Owner, They Need Your Help 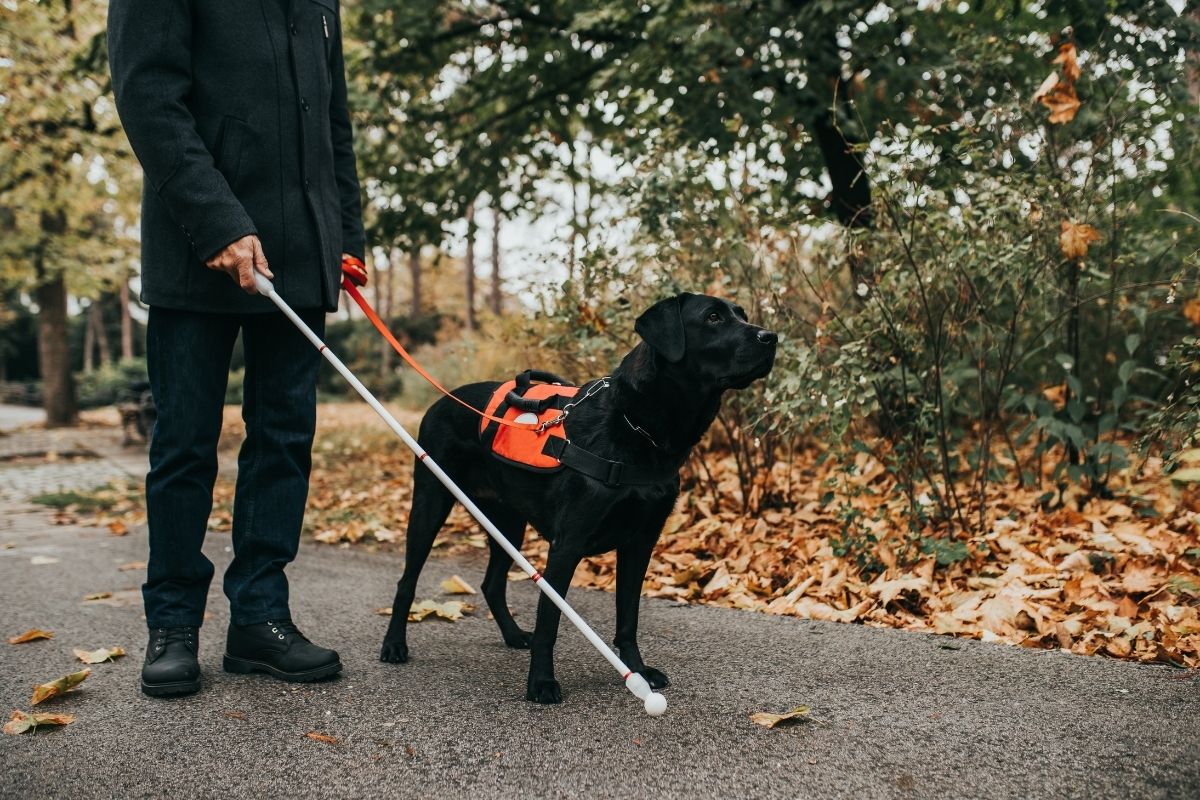 It’s safe to say that most people know how to act whenever they see a service dog or service animal in public. Basically, one isn’t supposed to touch them and try to stay out of their way when they are on the job. But, do you know what to do if a service dog approaches you without their owner? Well, according to “Service Dog PSA” and a viral social media post, the service dog is asking for help.

Through a Twitter post, they explained the story of an epileptic woman, Tessa Connaughton, who tripped and fell to the ground next to her service dog. The dog, who is trained to help her with her autism and seizures, tried to get the attention of a woman nearby who was “swatting him and telling him to go away.” What this woman didn’t know was that she was ignoring an important sign from the dog, as he was trying to tell her that there was an emergency.

What To Do When A Service Dog Approaches You

Do you know what to do if a service dog approaches you without a person?

A PSA for service dogs is going viral after a story was posted on Twitter. @TODAYPuppy’s trainer, Olivia, answers common questions. #OrangeRoom pic.twitter.com/lGQg8162f2

The post noted, ?If a service dog without a person approaches you, it means the person is down and in need of help. Don?t get scared, don?t get annoyed, follow the dog!? Wow, talk about one smart dog, I would have never thought this was what that dog was doing. Thankfully for this woman who ignored the dog, the dog’s owner was not in any serious medical emergency. But, the experience did inspire the dog owner to share her story on Tumblr to alert people of what to do whenever they are in a similar situation.

“If it had been an emergency situation, I could have vomited and choked, I could have hit my head, I could have had so many things happen to me. We’re going to update his training so if the first person doesn’t cooperate, he moves on, but seriously guys. If what’s-his-face could understand that lassie wanted him to go to the well, you can figure out that a dog in a vest proclaiming it a service dog wants you to follow him.”

After the initial tweet went viral and gathered attention all over social media platforms, several users began to share similar stories. The Today Show also ran a segment asking the show’s resident dog trainer, Olivia, basic questions about service dog etiquette. Including yes, how humans should react when an unaccompanied service dog should approach them.

According to the trainer, the dog is going to try to take their nose and nudge your leg, since they are usually trained to not bark or jump. She noted, “If you see a dog in a vest without a person attached to it, follow it.” When they asked if one should say something to indicate that they are actually prepared to follow the dog, the trainer stated there was no clear command or “secret password.” But, one could say ‘What?’ or ‘Where?’ to indicate that they are ready to follow them or just walk alongside them.

What Happens When A Service Dog Approaches You

I have a seizure responce dog guide and he is trained to bark for help when I seize, if he comes looking for help then something is VERY wrong! Any service dog acting strange or without their person means business, don't ignore them! Also….stop trying to pet them!!!

Guide dogs and service dogs are trained for a number of services and disabilities, so you might not know immediately what the situation you’re helping with is. The owner could be having a seizure or may have passed out, but the dog knows in that situation that it needs to find help immediately. Which is where you come in! If you are unable to locate the person, it’s important to call 911 and tell them you were approached by a service dog without an owner. This will immediately raise a red flag, and they will send someone over to the location.

Impressive huh? It’s crazy to think about how smart and how loyal these pups are. If you think about it, this can save someone’s life. So, next time a service dog approaches you, know that means their owner needs your help.

Editor’s note: This article was originally published on January 28, 2020.