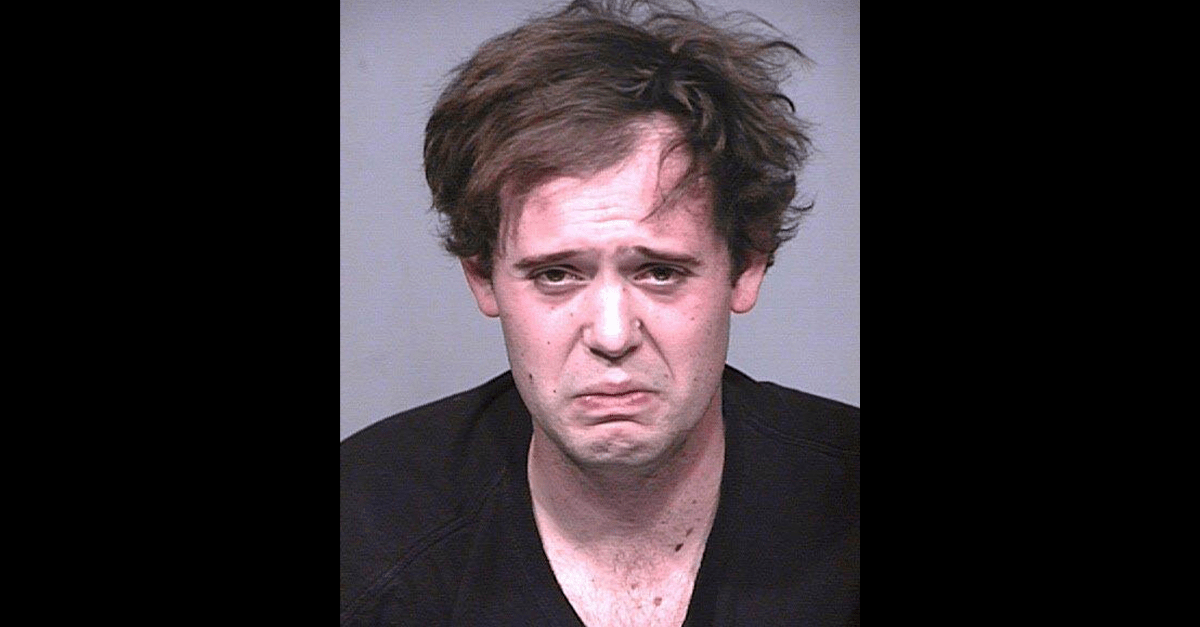 SCOTTSDALE, Ariz. (AP) — Police in the Phoenix suburb of Scottsdale say a man is accused of killing his 4-year-old golden retriever service dog at his home and dumping the dog’s body in a garbage can where it was found by family members.

Police say in a statement that 29-year-old Jacob Bushkin was arrested Thursday night on suspicion of killing a service animal and animal cruelty.

The statement says Bushkin declined to speak with investigators and that detectives arrested him at the office of his lawyer, Ryan Tait.

Meet Abe named after Abraham Lincoln! When we first started working together, there were many obstacles we had to overcome. Abe was originally trained as a hunting dog and wasn't familiar with most objects or noises in public. I remember our first night walking through campus and realizing he had never seen stairs or an elevator before. Everything we come across is a new challenge to overcome and way to build confidence. Abe in vest wants to make sure you always know he's right next to you and will do anything to please you. Out of vest all he wants to do is run and chase after tennis balls, and if you're lucky enough, you'll get to watch him spin in circles as he tries to figure out where the ball went. I was worried that with him being a hunting dog he might not bond with me, but he's the complete opposite. Every night he snuggles me and practices "lay on" as we prepare for him to comfort his new person at night. I've only been working with Abe for about 6 weeks now, but he's completely turned around from his anxious side when I first got him. When we walk in a new space, he knows to look at me for direction if he's unsure, and I can redirect him from there. With the end of our time together approaching It is very bittersweet, I'm going to miss my cuddle buddy but I know the next person he's cuddling with will be forever changed by his presence in their life. . . . . . #usvsdservicedogs #sdit #servicedogintraining #servicedog #ptsdservicedog #mobilityservicedog #veteranservicedog #supportourveterans #veteran #servicedoglife #servicedogssavelives #servicedogsofinstagram #futureservicedog #assistancedog #workingdog #invisibledisability #notalldisabilitiesarevisible #doglovers #labsofinstagram #lab #labradorretriever #servicedogsofig #tasktrained #servicedogssavelives #publicaccess

A post shared by US Veterans Service Dogs (@usveteransservicedogs) on Mar 1, 2019 at 1:17pm PST

According to police, a necropsy found that the dog was stabbed more than 100 times and a veterinarian said the dog’s throat had been cut.

Watch: Taking a Road Trip with Your Dog