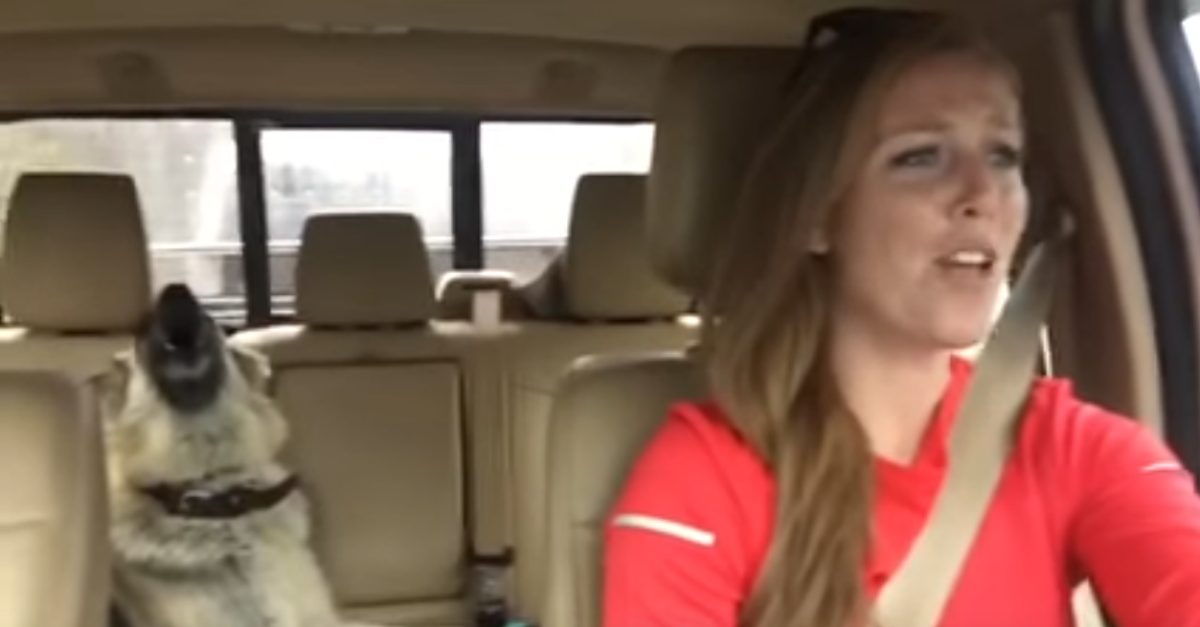 Everybody sings in the car and in the shower. It’s the only place most of us terrible singers can belt out tunes with no shame. But not everybody is lucky enough to have such a wonderful singing partner as Annie, seen in this wholesome dog video providing some vocals to her owner’s drive time sing along. She was driving her dog Lola somewhere when “We Are the Champions” by Queen came on the radio. Annie turned up the volume and started lip-syncing the classic.

Annie’s Shiloh Shepherd Lola wasn’t content with just mouthing the words along to Freddie Mercury’s incomparable vocals, however. The adorable pup decided to sing and howl along so she could show off her own impressive pipes. (She’s no back up singer, after all.) The video has been viewed over 7 million times since it was uploaded so it’s safe to say that Lola (and probably Annie too) is a singing sensation at this point. She should really be fronting a band on America’s Got Talent by now.

This is like a scene out of a Disney cartoon, really. Some princess is walking around the forest singing a lovely little tune about how great life is or something and her animal pal joins in, humming and singing or whatever. So whimsical. Most people’s dogs, though sweet, just sort of hang out like your little toddler of a best friend. This is definitely a talent that will make most dog owners envious.

According to dogbreedinfo.com, the Shiloh Shepherd breed “makes a nice companion dog. It is a very intelligent, courageous and self-confident dog that will willingly protect its family, yet it is friendly and a good companion to its friends and family.”

This story was originally published March 2, 2017.

Watch: Dog Goes Viral After it Can’t Stop Loving on its Master