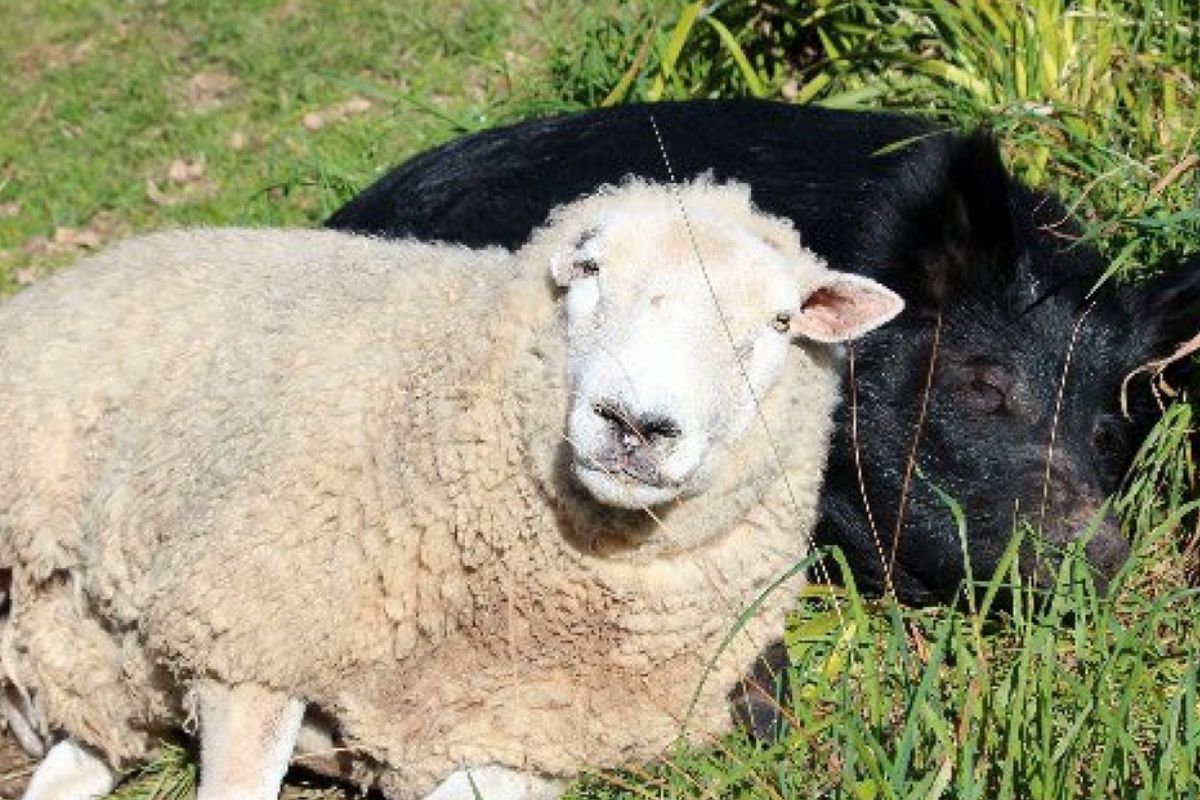 An older ram was being bullied by younger rams on a farm, to the point that it had to start living separately from its ageist bullies, and from there everyone just sort of assumed that the older ram, named McDuff, was at that point going to pretty much live out its final days in solitude and ultimately die alone.

Enter a wild pig. For whatever reason, a wild pig wandered its way onto McDuff’s farm and the ram and pig more or less immediately became best friends. They are, by all accounts, inseparable cuddle buddies. Just look at these photos. Trigger Warning: Your soul will melt.

On my brother’s farmlet he has an old ram which is separated from the other rams bc they’re bullies to him. Last spring a young, wild pig turned up in his paddock and they’ve become best friends. Sunbathing today. pic.twitter.com/g5o3oehJoJ

When Pig was smol. A few days after his arrival#PigandMcDuff pic.twitter.com/dKUiitc2UY

Last spring. They’ve been buddies since day one. pic.twitter.com/LKExcPM0h6

I’d like to say this taught those other rams a lesson but, because they are farm animals, that feels unlikely. So… here’s hoping they’ve since been slaughtered and eaten? That’s probably too harsh. I suppose it’s enough to just be happy for McDuff and the wild pig, which the farmers named “Pig.”

I’d say this was a great idea for a Disney movie but it was pretty much already made by Universal with the film Babe. “McDuff and Pig” does sound like a pretty good buddy cop film though.

And don’t worry, neither McDuff nor Pig are in any danger of being eaten. According to @TonkWoman the farm (or farmlet, as she called it because it’s only 20 acres) does not kill any of their animals. They live out their days happily. Even the jerk rams who are jerks. Whatever. The important thing is old McDuff and undetermined age Pig are living happily ever after. Unless Pig finds out that McDuff isn’t cool and goes to hang out with the popular rams. But Pig wouldn’t do that.

This story was originally published August 21, 2018.

Watch: Meet the Mangalitsa: The ‘Sheep Pig’ That Acts Like a Dog