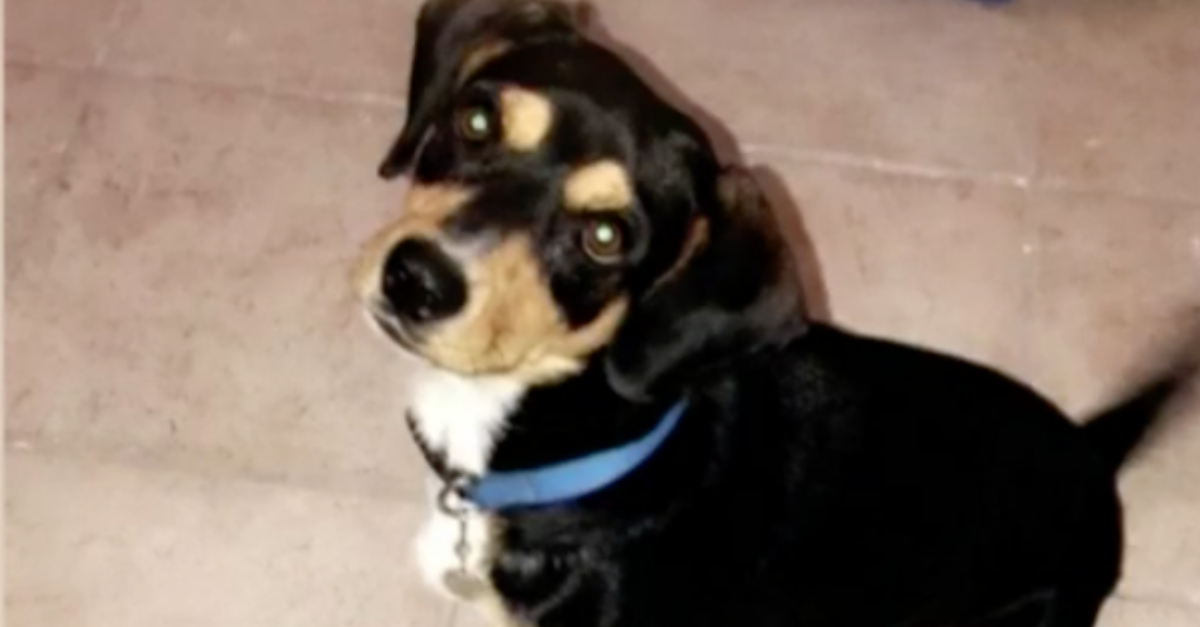 A girl from Midland, Texas was in Pasadena, California visiting family when a man attempted to grab her and drag her with him while the girl was out walking her dog in the Willow Oaks Townhome Complex. The man grabbed the girl’s arm and told her to, “Come on.” The sixth-grader attempted to resist but lost the struggle when her heroic pup — a 2-year-old Beagle mix named Ray — came to the rescue.

The Beagle bit the kidnapper on his left leg, allowing the girl to escape his grasp and run away. Both the dog and the girl got away unscathed. It’s not unfair to say that Ray might very well have saved the girl’s life.

The kidnapper escaped as well, but surveillance video at the complex where the attempted abduction took place, showed the license plate number on the green 2001 Ford Expedition he was driving, and what he looked like.

In between jail beatings, this guy is going to get made fun of so much for getting fought off by a Beagle. Then again, it’s not surprising that a man cowardly enough to attack little kids wasn’t tough enough to overcome the defense of a twenty-pound dog.

But let’s not dwell on the future inmate. The real story here is Ray, who deserves to eat steak for the rest of his life because he is a hero times a million. Examples of dogs being the greatest thing on this or any planet have exceeded any sort of countable number. The list extends so long it shoots outside of our dimension. It’s easier to understand the concept of existence than it is how we deserve dogs.

Salute to you, Ray. The goodest of good boys and girls. May you be given daily plates of bacon for your service.

This story was originally published September 4, 2018,.