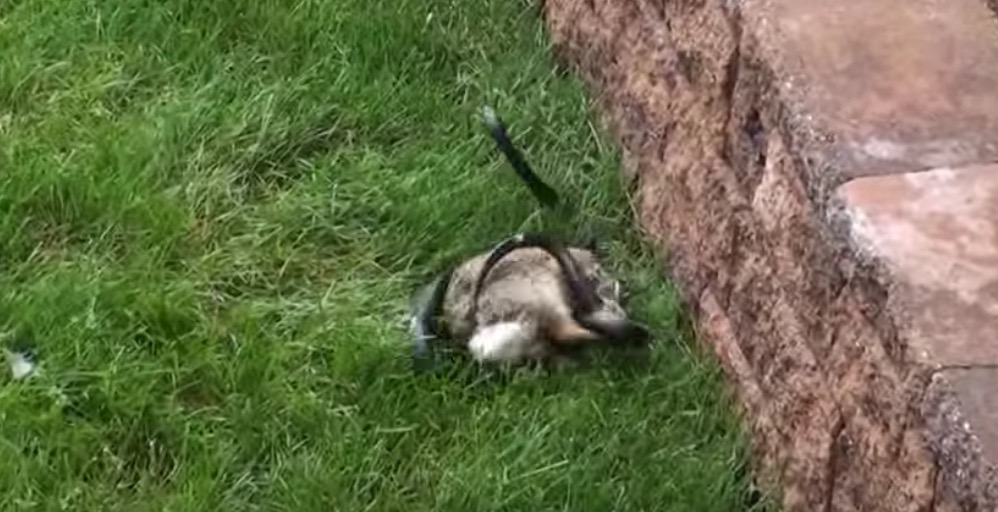 This mom’s not one to mess with.

When her kids were being attacked by a snake, she jumped into action. The mommy emerged with nary a scratch, while the snake lived to regret it. The rabbit continued her attack even as the snake slithered away from the scene of the crime. Motherly love knows no species, it turns out.

In this YouTube video, a mother eastern cottontail discovers a snake preying on her babies and fights back with everything she has. The black rat snake tries to escape but Mama Rabbit keeps on biting and kicking.

Black rat snakes will normally eat any kind of rodent that is smaller than they are. When they are being attacked they release a musk-like smell. It doesn’t really help that much, and since this video does not have smell-o-vision you can’t really tell if it’s happening.

Baby rabbits start out pretty slow and helpless, making them easy prey for all kinds of bigger critters. About 20% don’t live long enough to leave the nest. Mom’s job is to protect them, defying the stereotype of cuteness and cuddliness often attributed to bunnies.

The non-venomous black rat snake usually uses constriction to squeeze its prey to death. In this case one of the three bunnies was able to get away. We can also assume that the snake will stay away from that nest for a while.