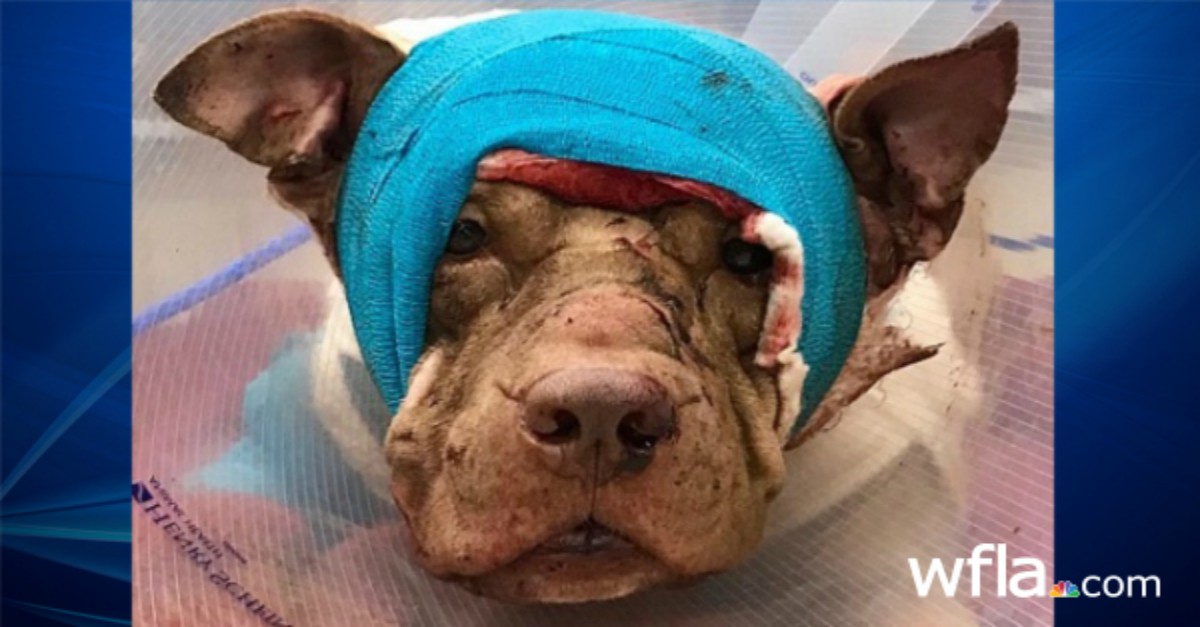 It was an awful scene.

RELATED: Police saved a dog from the side of a busy highway, but he didn?t want to leave his friend

Hollywood, Fla., police officers recently stumbled upon a suitcase outside an abandoned building that contained a pit bull puppy — who was beaten and stabbed within an inch of his life, WFLA reports.

The dog, named Ollie, underwent surgery to repair lacerations and stab wounds to his head and body, but he still faces yet another operation.

Grateful Paws Dog & Cat Rescue Inc. and the VCA Hollywood Animal Hospital have been looking after the pup, and the former is searching for a foster home for the canine.

Meanwhile, the dog’s tale is clearly resonating with the South Florida community.

RELATED: Watch these pit bulls playing with balloons, and you might change your opinion about the breed

A GoFundMe page has already raised $20,000 for his care and rehab.