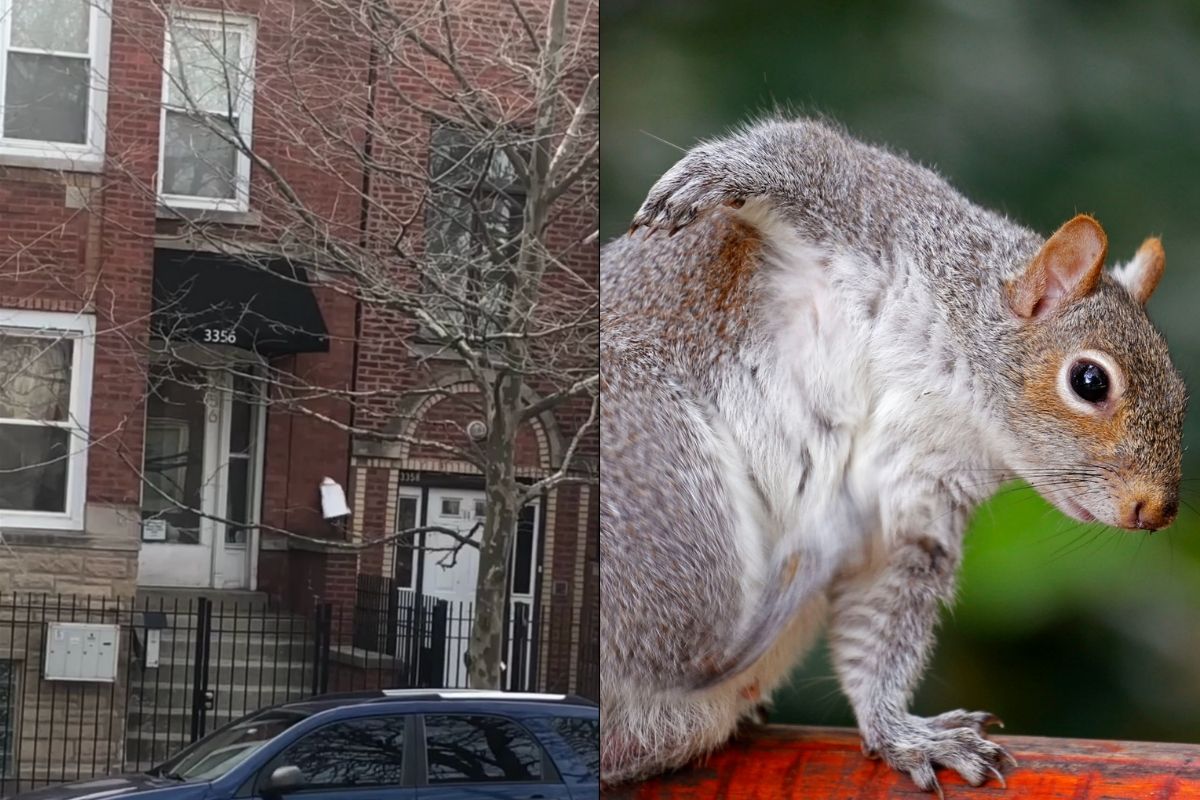 As we order online more and more frequently during the Coronavirus pandemic, sometimes, packages go missing. And when that happens, accusations run rampant. A neighborhood package thief? A suspicious mailman? Not everyone is lucky enough to catch the incident on video. But in the Avondale neighborhood of Chicago’s northwest side, the porch pirate has been discovered. And it’s a squirrel.

According to Block Club Chicago, The Gutierrez family was sitting on their porch and enjoying the spring evening when they noticed a squirrel steal an Amazon package off of their neighbor’s porch last Sunday. As you can see in the video above, the ninja-like squirrel snatches the white parcel with his hands, impressively scales the side of the building, and finally crawls into the slim crack between two buildings — with the package!

Speaking to Block Club Chicago, Noemi Gutierrez said “We laughed and couldn’t believe it… I just want to know how many packages are in the roof or between the crack.” The video, taken on a cellphone by Noemi’s mother, quickly became trending local news.

Now what? Do we have to squirrel-proof our porches like we do birdseed? The entire doorway will start to resemble a squirrel-proof bird feeder. Thankfully, it seems, the problem is not too widespread. The Avondale squirrel sounds like a regular troublemaker, as the Gutierrezes guess that he’s the same one that recently snatched tortillas off her porch. Bad squirrel. Although a similar incident was reported in Los Angeles…

In December 2019, and the squirrel was caught swiping another hefty Amazon envelope in the San Pedro neighborhood of Los Angeles, California. It was caught on home security footage… and it likely wasn’t the first time; The targeted resident told The Los Angeles Times that he often finds his packages strewn in the bushes around the apartment complex.

And while these squirrels might certainly seem ballsy, in New York City the bushy-tailed critters have started viciously attacking passersby… maybe those victims in Queens should try sacrificing an Amazon package or two to keep the peace.