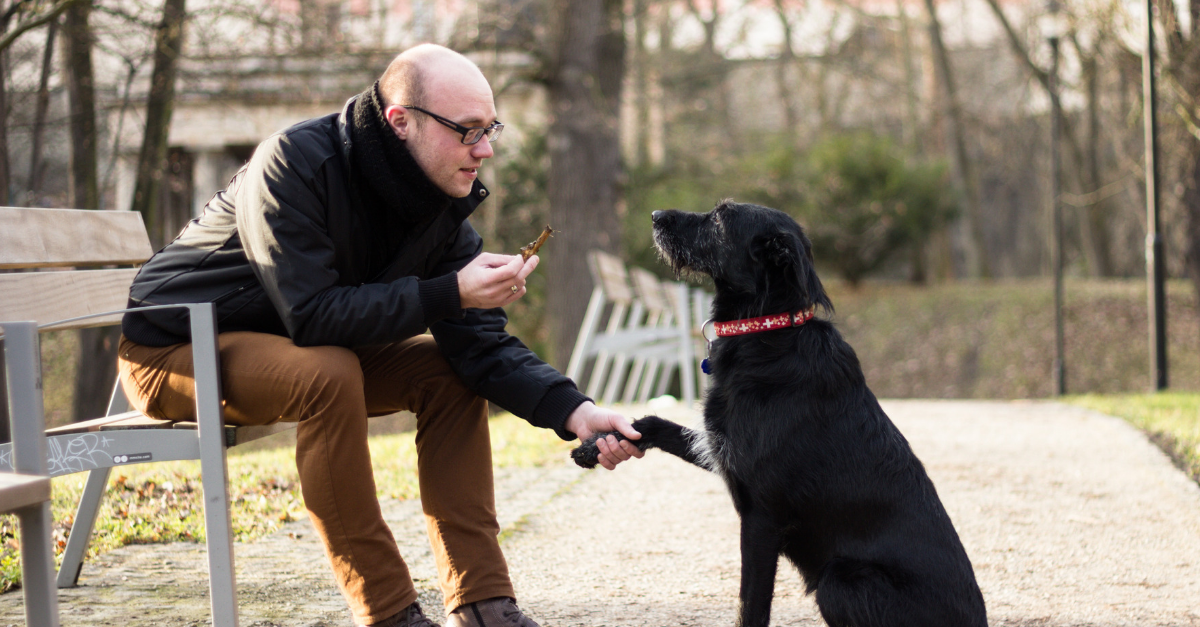 Do you talk to your dog? Not just in a baby voice, asking, “Whooosa goo boy?” Do you have full-on conversations with your dog like it’s a person? Maybe about the weather or about why Kyle from work is a huge turd who you hate, and how you know that even though he asked for your number under the pretense of needing it for “work stuff” he’s for sure going to hit you up on Saturday to hang out?

Then guess what, you’re super smart. Apparently talking to your dog — or cat, or plants, or pretty much anything that isn’t a person — is a sign of intelligence. It’s called anthromorphizing, which is the attribution of human traits to a non-human entity.

According to Nicholas Epley, who spoke with Wakeupyourmind.net, anthromorphizing is “actually a natural byproduct of the tendency that makes humans uniquely smart on this planet.”

This is good to know because I talk to my dog constantly. I’ll say things like, “Leo, where the f*ck did all the food go?” as I rummage through the fridge. Or, “I’m turning the air down it’s freezing in here, do you mind?” Based on the looks my dog gives me this probably hopelessly confuses him, but oh well.

Even though talking to your dog — or anything that isn’t a human — might mean you’re actually smart, I still don’t recommend doing it in public. No one is going to look at you like you’re a genius if you’re conversing with a tree about your favorite type of taco. They’ll just tell their children not to stare and pick up the pace.

It is encouraging, though, to know that my everyday behavior isn’t that of a person who is slowly losing their mind as well as their desire to engage with actual people… because I totally thought that was what was happening.

Read: This Company Is Making Beer for Dogs