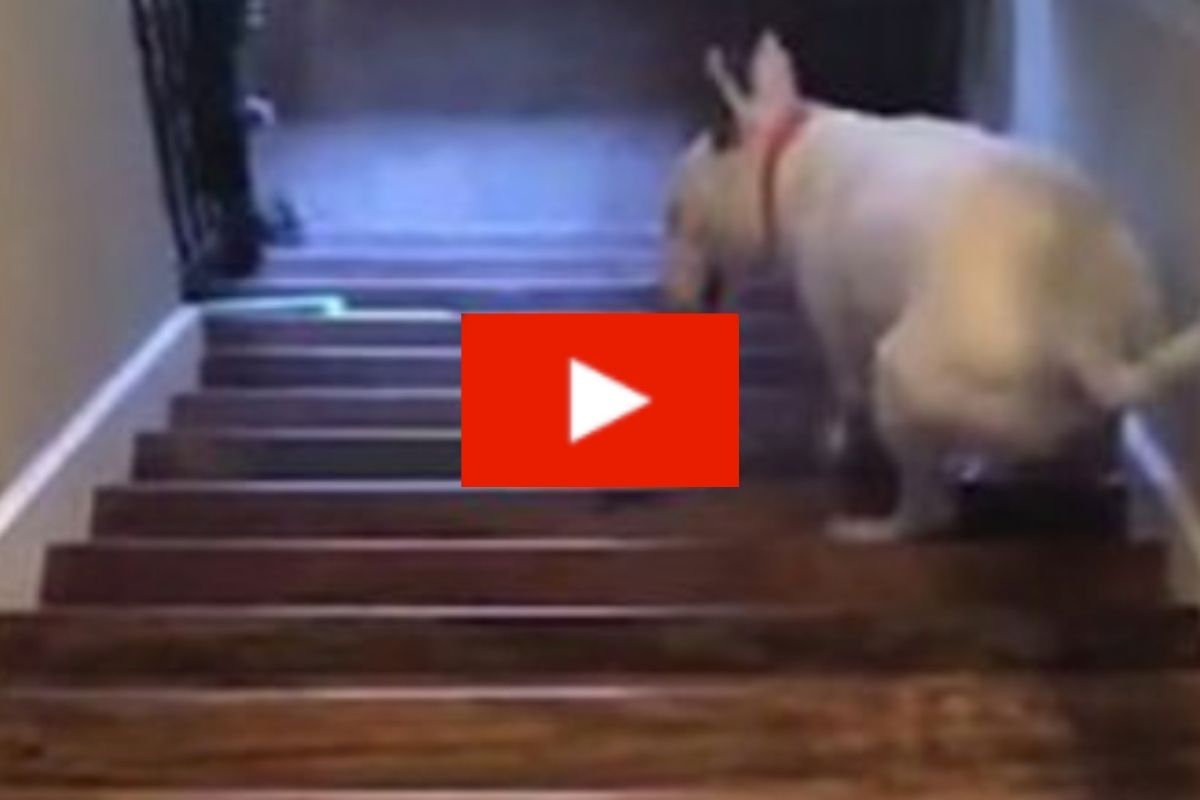 Oh my gosh, I can’t even begin to explain all the emotions I felt while watching this video. I have watched it no less than 50 times, and it just keeps getting better and better.

In the hilarious, but now deleted TikTok clip, you can see the pup, Tank, trying to impress his owner by attempting to go down the stairs. She asks him, “Wanna go down? Wanna go downstairs?” to which he looks at her up and down and takes a few steps calmly walking down a few steps.

Out of nowhere, he gets completely confused as to how to go down and decided to go literally zoom his way back up, and BOOM. Next thing you know it, he’s running towards the hallway to get a little bit of wind, and down the stairs he leaps and launches himself halfway, just to try to make his human happy. Which I mean, is ridiculous to me. This pupper is nearly halfway down the stairs when his brain does a full 360 and decides, NOPE, up we go. Fly, Tank, Fly!

Safe to say something must have happened in his little dumb head that made him just go full body slam into those stairs. Despite his effort, he didn’t make it down the stairs, but hey, at least he tried, right? Sure, I’m sure he’ll be fine, but that PLOP sound, followed by his human’s yell made my day. I don’t think your dog is broken, but I think he might just be super confused.

Thank you user @BraydenBushaw for sharing this with the world, and giving us a reason to smile. Although the TikTok video has been deleted, that’s the beautiful thing about the internet. These videos truly never go away. Luckily, the video was posted on Youtube for another 30,000+ views.

And it’s safe to say other people pretty much agree with me when they say it’s one of the best videos on social media because it has gained over 3.6 MILLION likes and nearly 750,000 shares. This is the type of content we want people. Keep it coming.

Editor’s note: This article was originally published on December 10, 2019.