Tarantula Hawk: Meet The Bug Whose Sting Is So Bad That All You Can Do Is Lie Down and Scream — Yes, Really 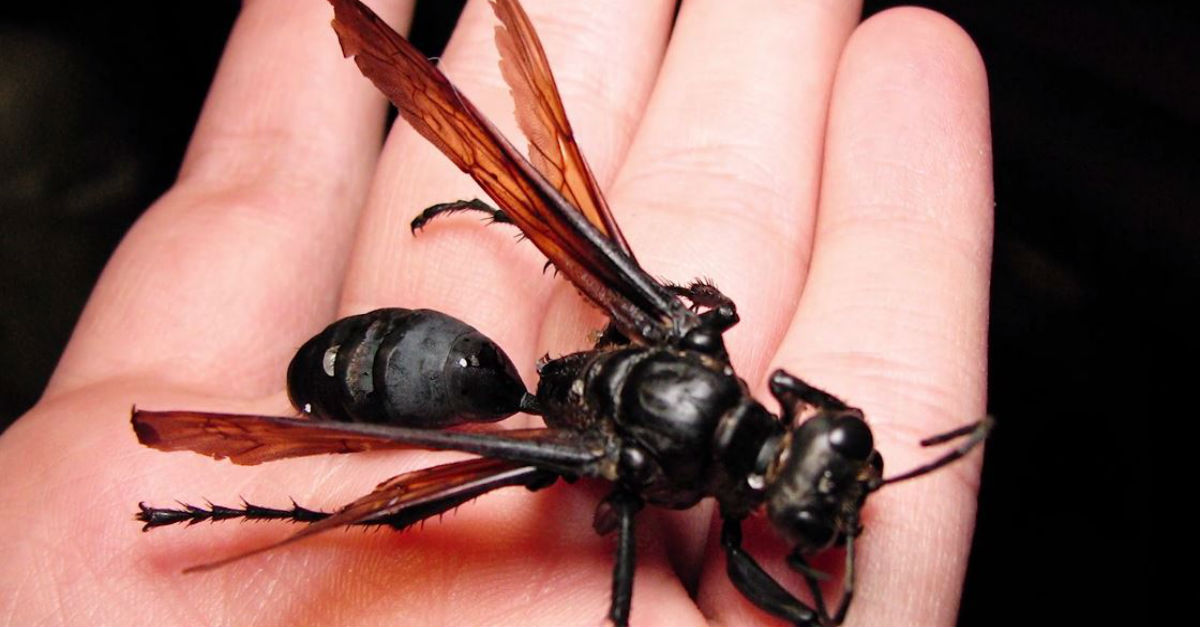 The scariest wasp on the planet is called the “Tarantula Hawk”– a name that sounds more like a super-villain than an insect that naturally occurs in nature. It would also be a pretty good name for a drone, or maybe a high school basketball team. For that “hawk” would need to be plural, of course.

The nasty little bug gets its name from its food of choice, tarantulas. That’s right, this thing actually goes around hunting those terrifying, hairy spiders.

The sting from a Tarantula Hawk is so painful that the recommended treatment is to lie down and scream. Thankfully, the creature doesn’t come in contact with humans too often, though they are common in the southern United States. They generally only sting when provoked, and the pain, while crippling, subsides rather quickly.

You can distinguish the male from the female tarantula hawk by their antenna. Usually, males have a straight antenna while female tarantula hawk has a curved antenna. In their abdomen area, males have seven articulating exoskeleton segments, and female wasps only have 6. As for their lifespan, a male can live up to 2 months, whereas a female can live longer than the male. The good news is that usually female wasps only reproduce a single egg.

Still, at two-inches-long, the blue-black with orange wings demon is one of the bigger wasps you’ll ever encounter. In 1989, New Mexico named it their state insect. You have to wonder if the folks over at the New Mexico Tourism Department were on board with that.

There’s a good chance that the sting might send the area around the bite into numbness. But, just be thankful that you’re not a tarantula, or you’d end up paralyzed and being eaten alive by was larvae. We should all take a little time on a regular basis to thank someone or something that we are not tarantulas.