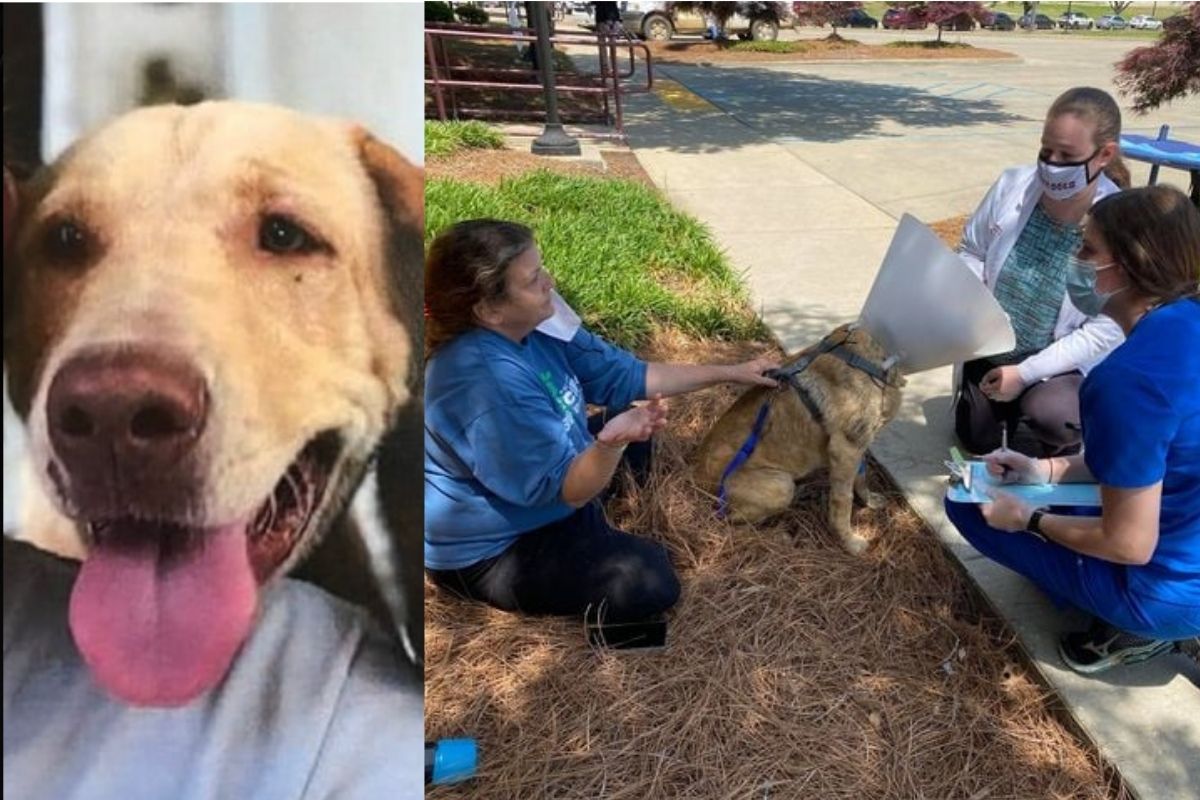 Buddy the dog was found wandering in Tate County, Mississippi last week, covered in severe burns. The poor pup even had an extension cord tied around his neck. As Buddy’s injuries were treated by veterinarians, local law enforcement set out to discover the perpetrator of such animal cruelty. Now the delinquent has been identified — but he is a minor and won’t face criminal charges. Tate County Sheriff Brad Lance, who has been investigating Buddy’s case, is not happy with the development.

The Tunica Humane Society posted on their Facebook page about Buddy’s painful plight on April 23. The original trending post featured graphic imagery of Buddy’s burns and has since been removed. But the horrific picture sparked outrage and garnered support for the tortured labrador retriever. A reward of up to $7,500 was offered to anyone with information on who would have committed such heinous acts against Buddy.

As his medical care began, the prognosis did not look good… his face was so swollen that his eyes were not even visible. Surgeries were necessary for saving Buddy’s skin, eyes, and nasal cavities so he was quickly transferred to the Mississippi State University College of Veterinary Medicine for round-the-clock care. Happier posts are now documenting that difficult — but miraculous — journey. See below.

?We are keeping him comfortable, changing his bandages, and managing any problems as they arise. Burns can take several days to fully manifest, so we are still assessing the full extent of damage.?

The risk of infection is high when treating such severe burns but hopefully, Buddy will regain his health — even the fur on his face never grows back. As you can see in the photo below, his head is wrapped extensively. However, he appears to be in high spirits.

Eventually, the person responsible for inflicting Buddy’s injuries admitted to the crime. But it turned out to be a juvenile, according to reports from WMC Action News 5.

The Tate County Sheriff?s Office released a statement, which said, ?While this terrible act is a felony crime punishable by up to three years in prison, under Mississippi law, no person under the age of 12 can be charged with a crime.? However, Sheriff Brad Lance has remained vocal about his own disagreement with the state law. He spoke openly about his exasperation, writing:

?I have fielded numerous calls, emails, and messages concerning my post from yesterday. We are just as frustrated as anyone that more cannot be done through the justice system regarding the juvenile in this case. Our investigators worked hard on this case and they also are frustrated. We didn’t write the laws of our state. We have exercised every available option under the law. If this offender had been an adult, they would be sitting in jail facing up to three years in state prison and I would be able to release almost every detail of the case. While I can tell everyone that things are being done regarding this juvenile, I am prohibited from releasing details.?

Sandy Williams, Director of Tunica Humane Society, also commented on the evolving situation, saying, ?In this case, we are just dealing with a child.?

Though parties hoping to prosecute are disappointed, at least Buddy’s recovery will continue you despite the legal setback.