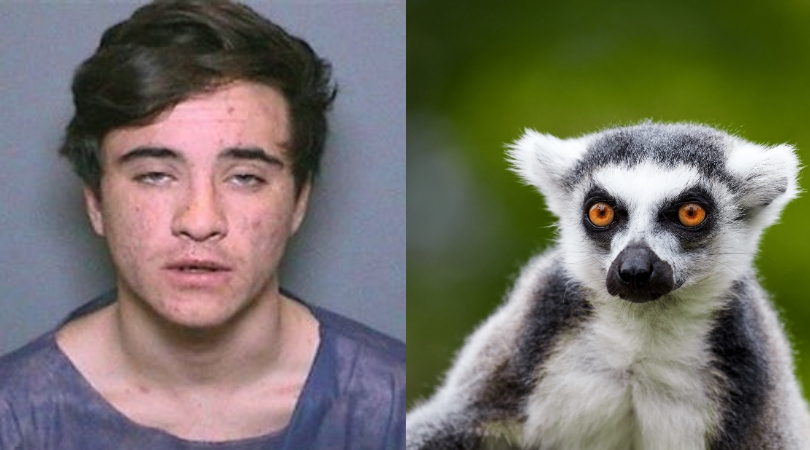 19-year-old Aquinas Kasbar, the kid in question, did not stop at the hilarious conception phase of this terrible idea, though. He saw it through to fruition. This kid snuck into the Santa Ana Zoo in California, cut open the lemur cage with bolt cutters, and actually stole a lemur while also releasing several other primates.

Kasbar must’ve woken up the next day and had some serious regrets though. (Who among us hasn’t woken up with that, “Oh my God I can’t believe I committed a bizarre federal crime” feeling?) Kasbar dropped the lemur off in plastic crate (with no air holes) outside a nearby hotel with a note that said, “This belongs to the Santa Ana Zoo it was taken last night please bring it to police.”

The meth voices in his head, apparently.

In July, Kasbar pleaded guilty to one misdemeanor count of unlawfully taking an endangered species, which is what landed him his 90 day jail sentence. (What a great “What are you in here for?” answer, by the way.) Kasbar is also on the hook for the nearly $9,000 he cost the zoo because of the damaged cage and what we have to assume is the mischief the other escaped monkeys caused while Kasbar was high-tailing it with his new lemur friend.

This story was originally published October 31, 2019.