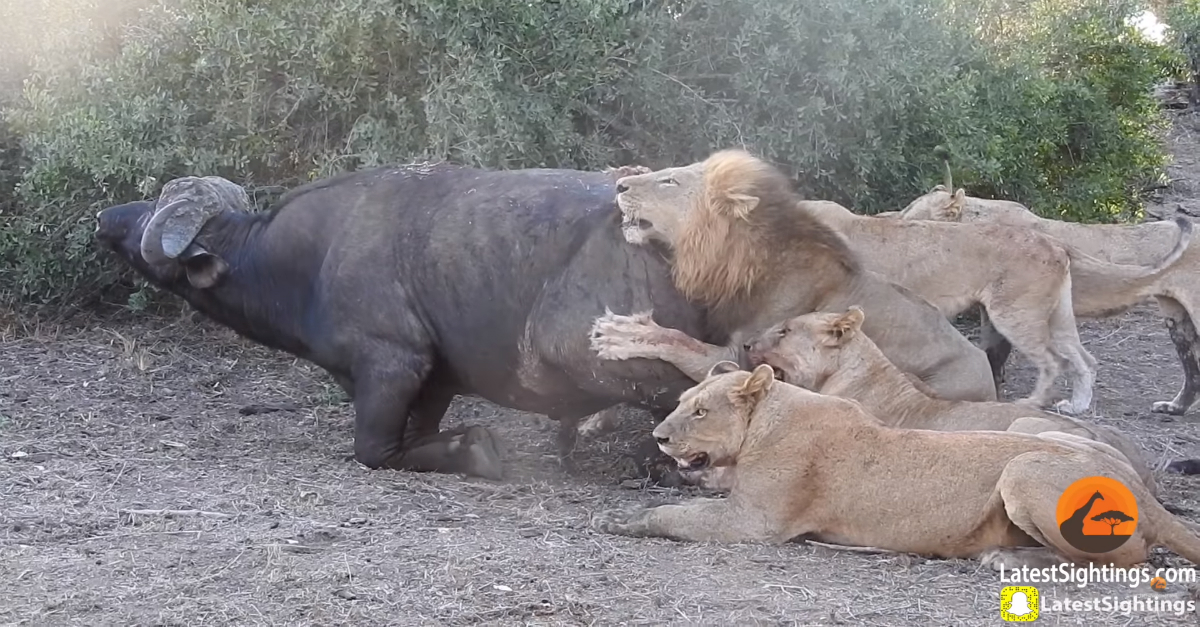 This Kruger Sightings video was uploaded to YouTube in June of 2017. It was recorded in South Africa’s Kruger National Park by a tourist named Ahmed Ismail, who captured an event that most people will never witness with their own eyes.

RELATED: It’s eagle vs. cobra in this epic battle of the predators

Ismail was driving around the park when his group came across a pride of hungry lionesses on the trail of some tasty buffaloes, according to the video’s description. A chase ensues, and several of the buffaloes are able to escape the clutches of the sly predators. But the lions eventually over power one buffalo — the event that unfolds is both disturbing and enthralling.

And Ismail was perfectly aware of how lucky he was to witness such an event, as he told LatestSighting.com:

I felt excited at the prospect of being privileged enough to see a live kill but at the same time I felt empathy for the buffalo that was about to get killed. My boys aged 12 and 9 were excited and I could sense their adrenaline pumping, like real boys. My youngest daughter aged 6 was also excited, but more so because she got to see the young cubs.

The entire occasion lasted for about an hour and 20 minutes, with the buffalo eventually being overpowered by a 21 strong Kumana pride of lions. For myself and the family the experience was ‘a dream come true’ as we had never seen anything like this ever before. Being a nature and wild animal lover I’m a regular at the Kruger National Park and I had actually given up hope that I would ever be one of those fortunate enough to witness this before my very eyes. The Ismail family believe the 16th of July 2016 was simply the best day ever!