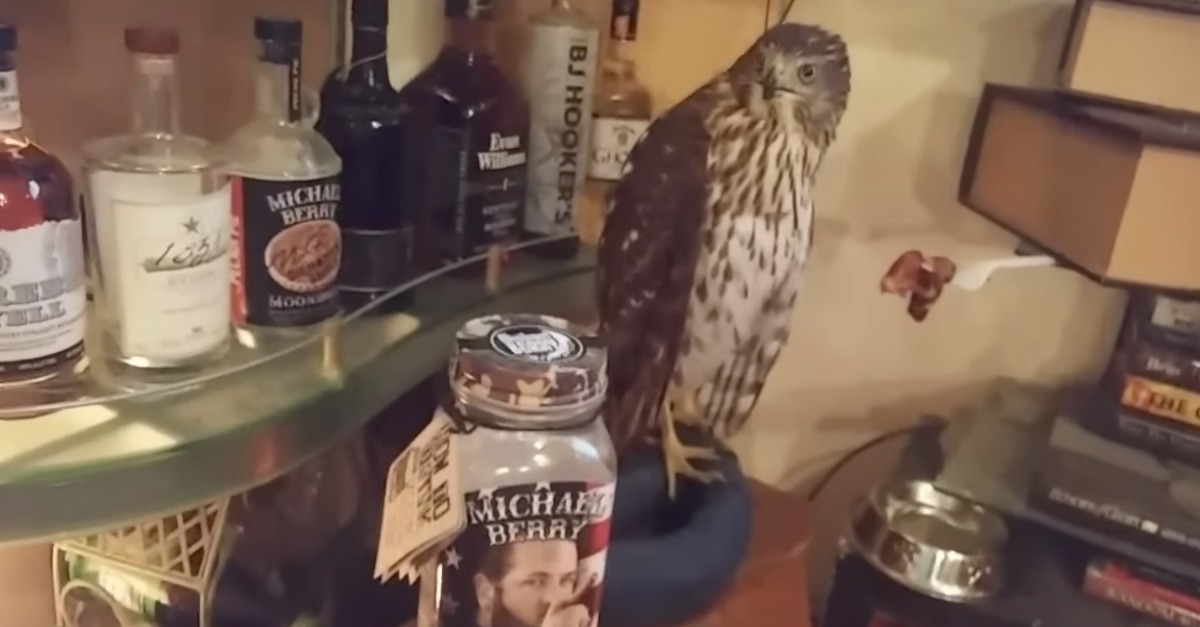 The hawk who hitched a ride in a cab headed out of Houston just before Hurricane Harvey hit is about to be released into the wild.

RELATED: A cab driver let “Harvey the Hurricane Hawk” ride out the storm in his house

Harvey the hawk — who is actually a female — gained notoriety for getting into a cab in Houston on the eve of the storm.

“He just kinda hopped on in and doesn’t want to leave,” William Bruso, the cabdriver, said in a video he posted to YouTube on Aug. 25.

So Bruso and the bird teamed up and escaped the area. Harvey resettled in North Texas with the Texas Wildlife Rehabilitation Coalition. But soon it became apparent Harvey was ready to spread her wings and fly. She was transferred to Blackland Prairie Raptor Center in Lucas (north of Dallas) where a large, outdoor cage was waiting.

“She’s been eating very well, getting great flight out here, getting good exercise. So this bird is ready to go back into the wild,” said executive director Erich Neupert.

RELATED: Scientists recently learned that this breed of bird can speak in sentences, just like people

And now, Harvey is set to be released back into the wild. Oak Point Park in Plano, a park and nature preserve spanning thousands of acres, will be her new sanctuary.