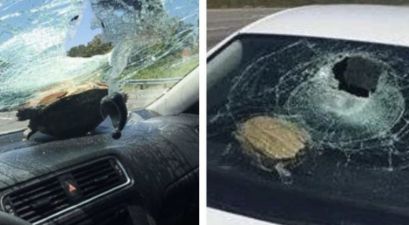 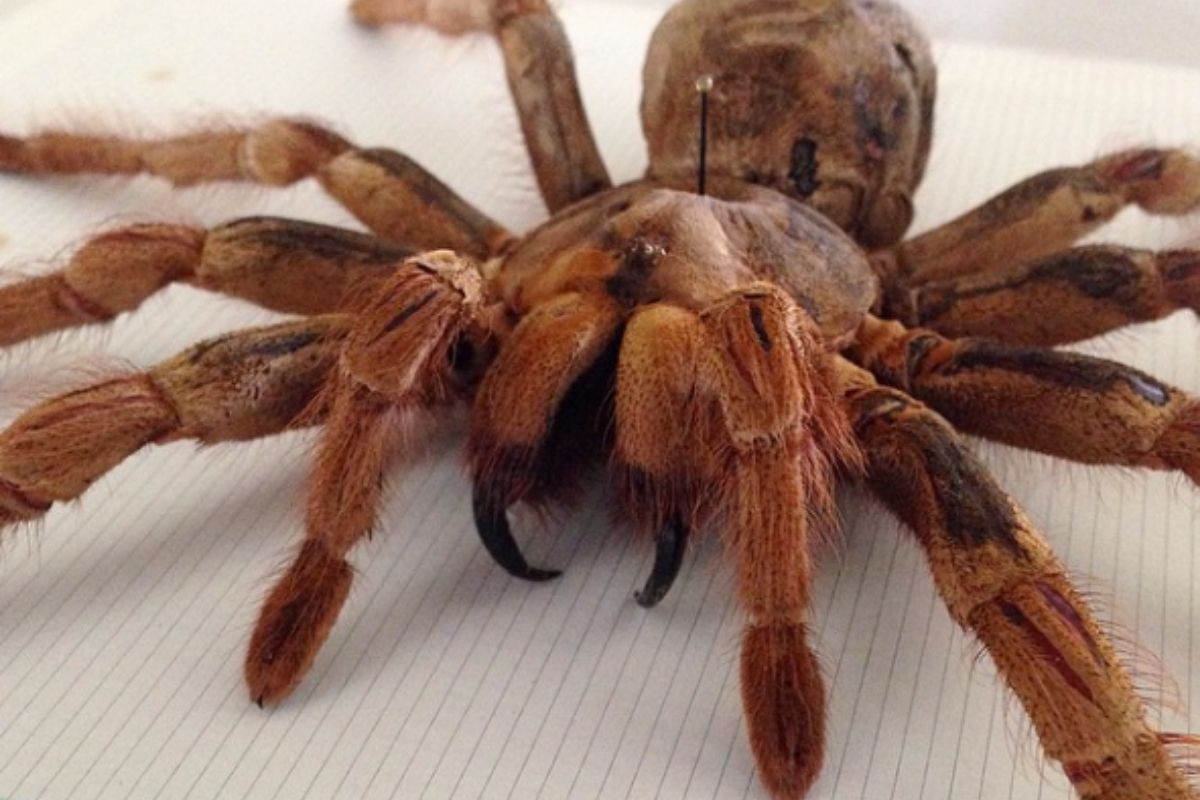 It’s no secret that tarantulas are pretty much the worst insects on earth. Take it from me, I can’t stand anything that crawls. Especially arthropods, they terrify me to the core. But I recently learned about the spider, the Goliath Birdeater. Which isn’t exactly what it sounds like. Luckily, this spider who is part of the tarantula family isn’t that harmful.

The Goliath Birdeater Spider despite its name and status of being the largest spider in the world (second to the giant huntsman spider by leg span) is more hair than scare. Also, these tarantulas do not actually eat birds. It was dubbed the Goliath Bird-Eating tarantula because of an ancient, 18th-century engraving done by a muralist named Maria Sibylla Merican.

The mural showed the tarantula eating a hummingbird. This species of tarantula can eat some bigger vertebrates like frogs and snakes, but day-to-day their diet consists of insects, earthworms, and lizards found in the Amazon. The “giant” portion of the name clearly relates to its invertebrate size. It can measure a leg span of 12 in, body length of up to 5 in, and weigh up to 6 oz- or about the size of a dinner plate. Females also outlive males, with their lifespans ranging from 15-25 years compared to 3-6 years.

Where Are They Found?

Also called Theraphosa Blondi from the family Theraphosidae, the Goliath Birdeater spider is native to South American rain forest regions, such as Guyana, parts of Brazil such as northern Brazil, and parts of Venezuela such as southern Venezuela. This giant arachnid can also be found in wet locales like swamps and marshes in northern South America. They burrow in holes leftover by rodents, and since their bodies are typically dark brown with only some light markings on the legs, they can hide easily and wait for their prey. Then, they will attack and inject them with venom that will turn the preys’ internal organs into easily digestible liquids. They hunt this way because despite literally having eight eyes they have very poor vision and rely solely on vibrations to “see” and “hear”. Honestly, with venom that powerful, we don’t need them to have working eyes with those pedipalps.

When they defend themselves, they also use the bristles on their legs to create a hissing noise, a sound made by what’s called stridulation. They even letting the hairs go loose at their attacker. The noise can be heard from 15 feet away. But just like other spiders, they go through a molting process, going through several molts after their first molt to shed their old exoskeleton to make room for a new, bigger one.

Although this sounds pretty scary, it’s important to note that the effect of the Goliath Bird-Eating spider’s venom works differently between prey and humans. While it’s true that its leg span is second to the Giant Huntsman Spider, the Goliath Birdeater is barely harmful to humans. Their fangs can break the skin but they usually only bite humans out of self-defense. In most cases of the spider biting a human, it doesn’t release any venom. This is called a “dry bite”. If the venom is released, it will feel similar to a wasp sting. Which will probably hurt, but you definitely won’t die. The bite typically heals within a few days and won’t cause more than a little nausea and pain.

Considering the fact that none of its eyes work, you might be able to avoid the bite if your reflexes are good enough. Then again, if you are provoking it, then maybe it should bite you? To humans, the only truly dangerous part of this spider is the urticating hairs on the legs. These are considered to be some of the most harmful urticating hairs on any tarantula. The urticating hairs can cause irritation to the skin and to the mucous membrane of other species and humans. But again, only when provoked.

If you’re a spider person, you’re in luck, these can be kept as pets. Spiderlings and young Theraphosa Blondi can live on crickets and cockroach diet. If you want to learn more head to this site. The rest of us will continue to keep our education on spider species to a “light reading” status.

Editor’s note: This article was originally published on September 12, 2019.