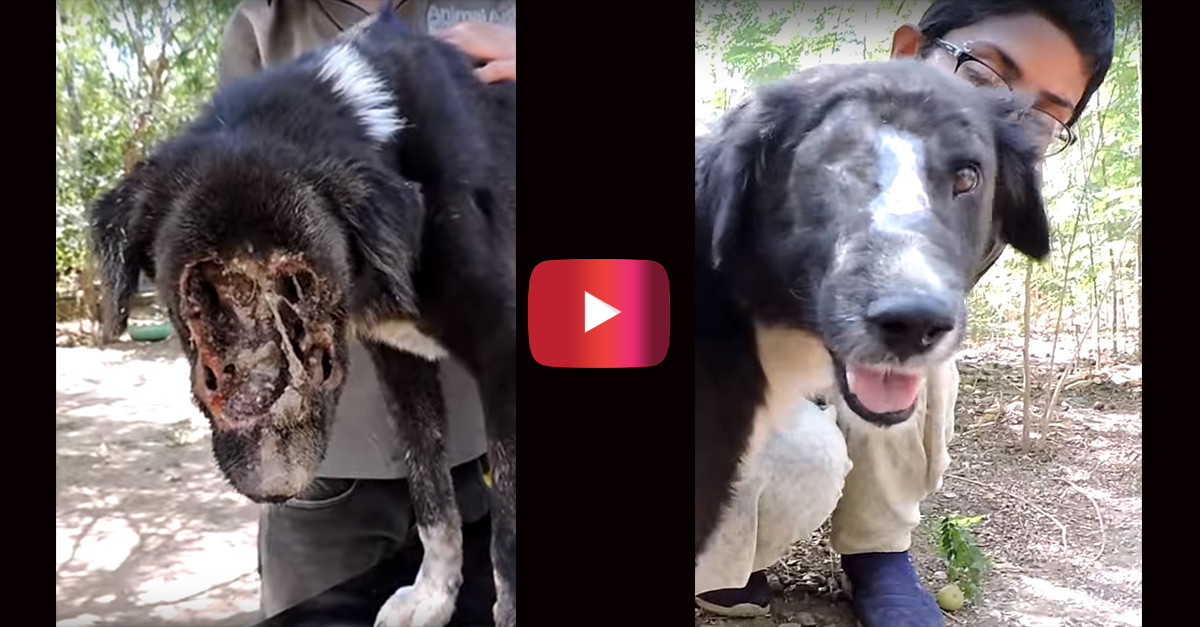 According to Animal Aid Unlimited in India, the critically wounded dog had crawled into a hole to die. They dug him up and found half of his face missing, eaten off by maggots.

The team considered possibly putting the poor dog out of his misery but decided to try and treat “one of the worst [they] had ever seen.” They killed off the maggots eating his face, sedated him to clean out the wound, and bandaged him up. They named him Kalu, a Hindi reference to the god of thunder.

During Kalu’s long recovery, he started eating again and his face began to heal. His left eye, which doctors had thought was destroyed, was uncovered and functional. Three months later, Kalu is an active and loved on member of the group.