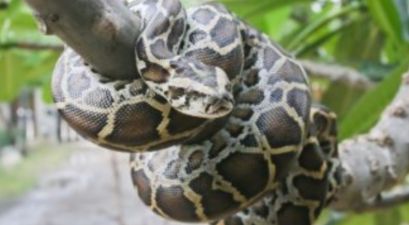 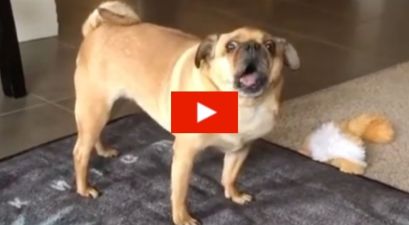 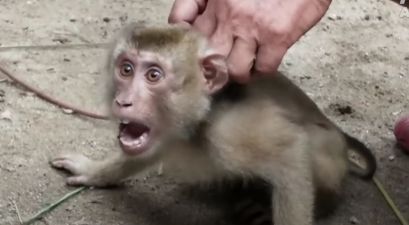 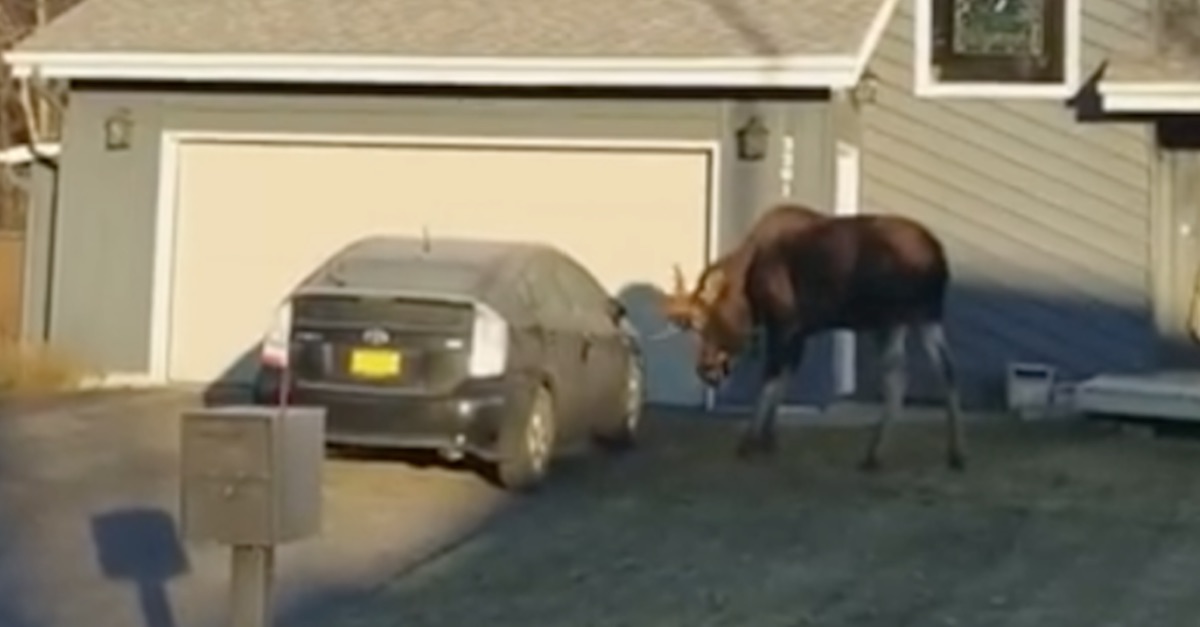 You’d think the animals of the world would be grateful that humanity invented the hybrid car in an attempt to protect their habitats, but as this bonkers ViralHog video proves, not every animal is a fan of our efforts. So if you’re one of those people who gets irrationally infuriated by Prius drivers, you’re not alone! There’s a particularly angry ungulate who agrees with you!

The footage was captured by the owner of the Prius, ViralHog says, who had just left the house to take their dogs for a walk when they “noticed a moose peacefully nibbling out of my neighbor’s yard.”

“When we returned from the walk, the moose was agitated and attacking my car and mailbox. I initially started recording in order to document for insurance, and also to share with friends and family,” the owner said.

Who wouldn’t do the same? If you see a moose destroying your property, the first thing you should do is pull out your cell phone and record, so people like us can laugh at your misfortune.

The story gets even crazier: “The attack went on much longer than I initially expected. Eventually, I tried to call my husband at work to see if he could help me contact someone to help. When he didn’t answer, I ended up calling 911,” they said. “While I was on the phone with the 911 operator, the moose ran off.”

So not only had a moose attacked this person’s car, it didn’t even have the decency to stick around and face justice.

At least no humans were harmed. It was just a Prius. Though it is a little ironic that this moose decided to attack the thing that supposed to be saving its environment. Shouldn’t you be chasing down a lumberjack, you crazy moose?

This story was originally published October 29, 2017.

Watch: One State is Reminding its Residents That Deer Can’t Read Road Signs