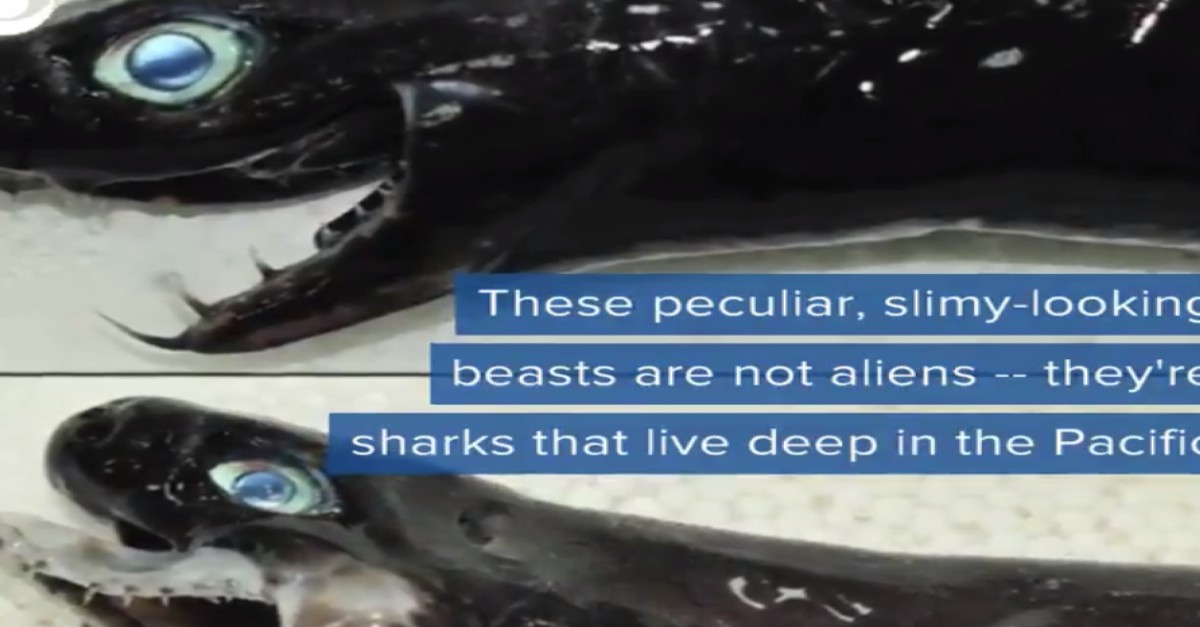 They have needle-like teeth that look (and likely feel) like nails. This weird black shark with extendable jaws that shoot out past its snout looks more like something from the movie Alien than anything you’d find in the Pacific Ocean.

In defense of this creepy goblin shark of a fish and its bizarre jaws, its weird teeth are somewhat necessary if not all that aesthetically pleasing. (No Aussie surfers are putting them on a hemp necklace like they would a great white tooth.) The viper dogfish feeds on bony fish –most notably the bioluminescent lantern shark — as well as crustaceans, so they need something substantial to kill their prey.

Traditionally a deep-sea shark, these little known, mean-mugged fish (also called simply a viper shark) were caught in 2018 — already dead — during an offshore trawl off the Taiwanese east coast according to local reports. The species is still comparatively mysterious as humans are data deficient on the species since they were only discovered in 1986 and sightings are rare. Despite not knowing much about the shark and its distant home deep below the surface, humans do know that its conservation status is currently “threatened”.

These terrifying beasts aren't aliens on Earth — they're viper dogfish sharks, appropriately named for the snake-like fangs protruding through their gaping jaws 😱 pic.twitter.com/3bNn5BPsAA

Details remain unclear as to why these exceedingly rare deep-water sharks are often found so close to the surface but one thing’s for sure: no one wants to cross one of these sea monsters when they’re alive! Stay down deep, viper shark!

This article was updated from its original version, published January 11, 2018.

Watch: Factory Busted for Recycling Hundreds of Thousands of Used Condoms for Resale