This alligator thought it was going to have a nice dinner, but instead got the shock of its life 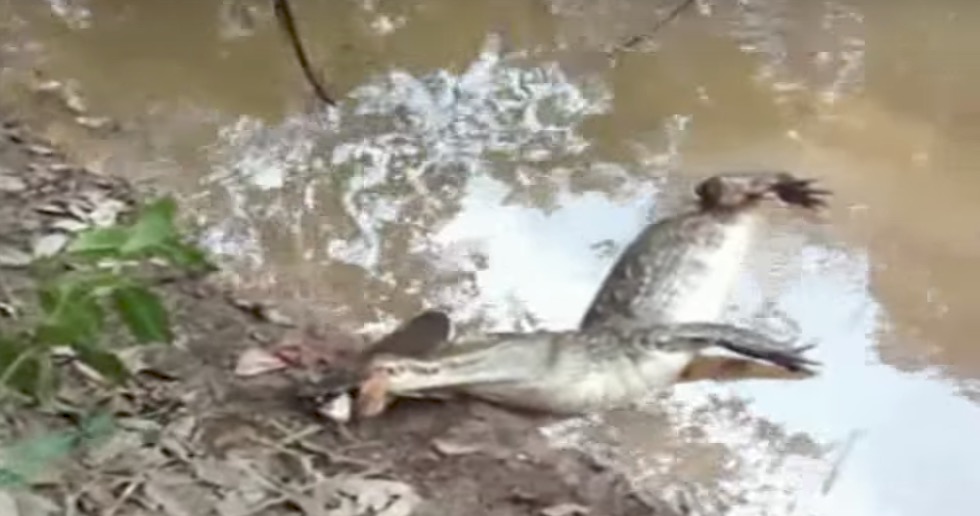 This video gives new meaning to the term electrifying.

When he stumbled upon an eel being reeled out of the water by a fisherman and decided it would make a tasty meal, this gator (or possibly a caiman) got the shock of his life. This gator spots the eel flopping on on the muddy banks of a waterway and just can’t resist.

What he didn?t know?that the eel was of the electric variety?ended up killing him.  In less than a minute the gator is stunned beyond capacity to move.

Finally he rolls over motionless onto his side, The filmmakers are also stunned, yelling off camera. The man allegedly says at the end of the video, ?I didn?t mean for this to happen.?

There has been some speculation that this video was staged, but it may just be a  display of Mother Nature in action.

RELATED: This little guy fought hard ? but in the end, he really had no chance

Electric eels are capable of generating potentially lethal electric shocks of up to 600 watts, more than enough to stun a fully grown man or knock a horse off of its feet. Their bodies contain electric organs with about 6,000 specialized cells called electrocytes that store power like tiny batteries.  Evidently, the alligator?s powerful locking jaw did him in. Fried gator anyone?