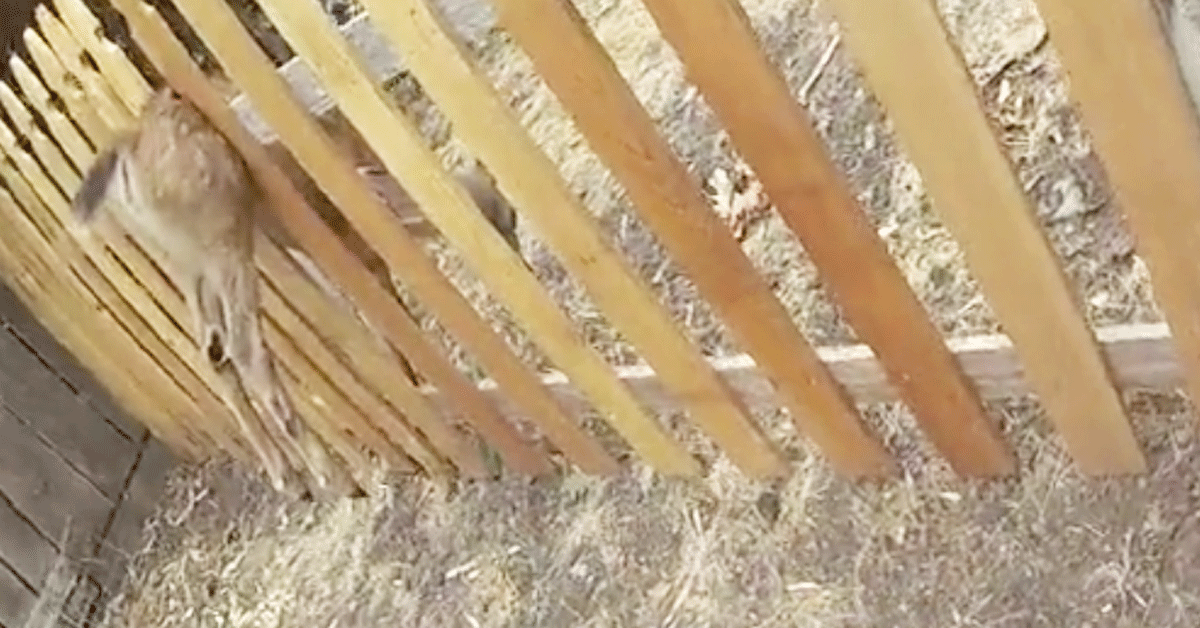 EUGENE, Ore. (AP) ? An animal welfare officer in Oregon is getting attention after her rescue of a fawn was captured on her body-worn camera. The Eugene Police Department on Thursday made public a video and photo of Officer Shawni McLaughlin freeing a terrified fawn that got stuck in a backyard fence.

In the video, McLaughlin wraps the fawn’s head in a towel and lifts it from between two narrow fence posts as she gently talks to the deer. The fawn lies on the ground for a few seconds after being freed, apparently not aware it can walk. An open sore can be seen on the fawn’s left hip.