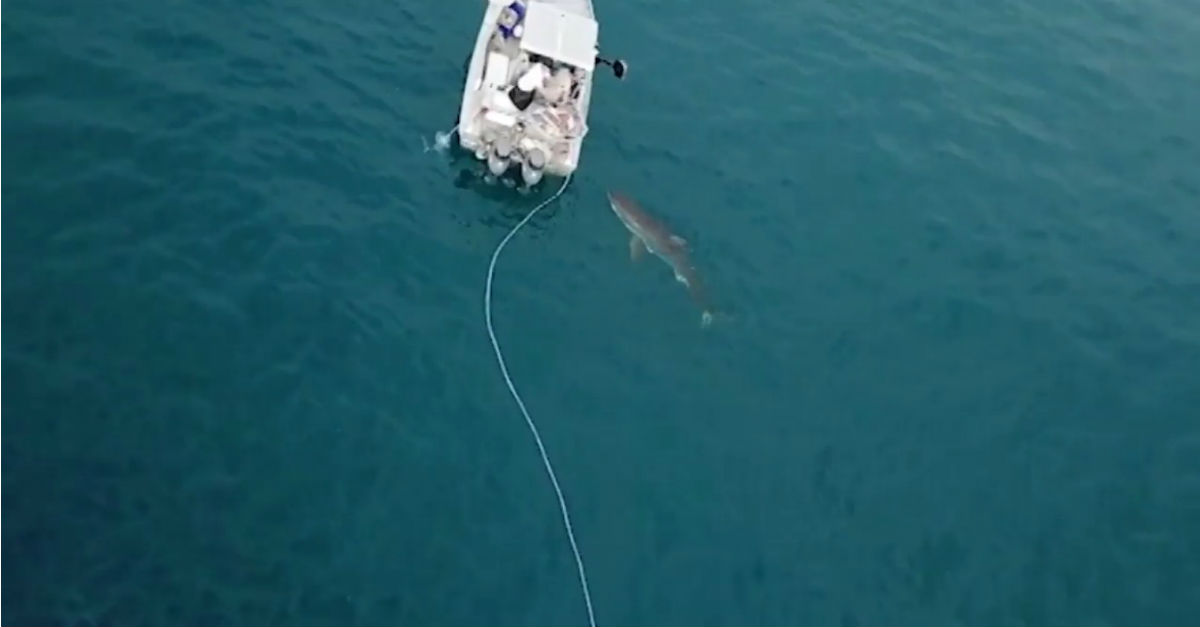 If you needed another reason to be terrified of the ocean, drone footage of a great white shark dragging a boat is sure to put a nail in the coffin.

A drone captured the harrowing moments a great white shark dragged a fisherman’s boat near Port Lincoln in South Australia.

The shark then circled the crab boat and went to attack it a second time. The fisherman then worked to try to scare the animal away.

Tourists are reportedly drawn to the area in order to cave dive with the animals, but it’s safe to say that the fisherman was not interested in a shark encounter that day.