This frog ate a snake, but it didn’t go down without a fight 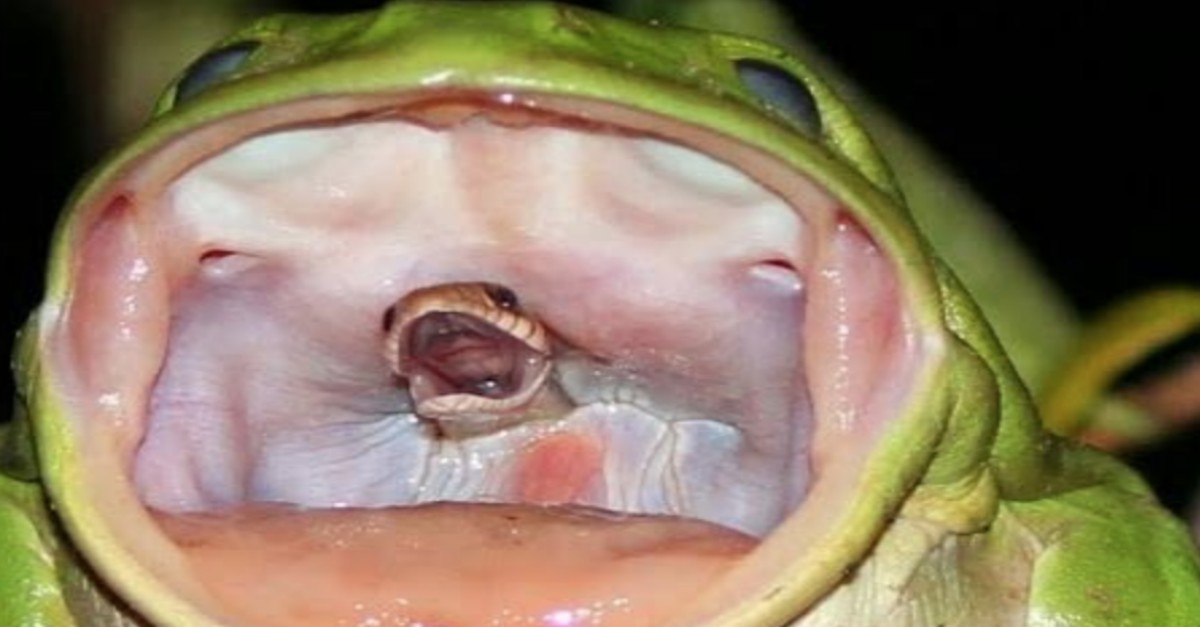 An image of an Australian green tree frog swallowing a snake — both with their mouths open — is making the viral rounds and for good reason.

According to National Geographic, the species of frog will eat nearly anything that it can — within reason.

“It really has more to do with prey being smaller than the mouth size and moving across the frog’s field of view,” said Karen Lips, a conservation biologist at the University of Maryland. Essentially—if the frog can eat it, it probably will.

Found throughout Australia and New Guinea, the frog was probably struggling to swallow the snake, who was most likely trying to escape.