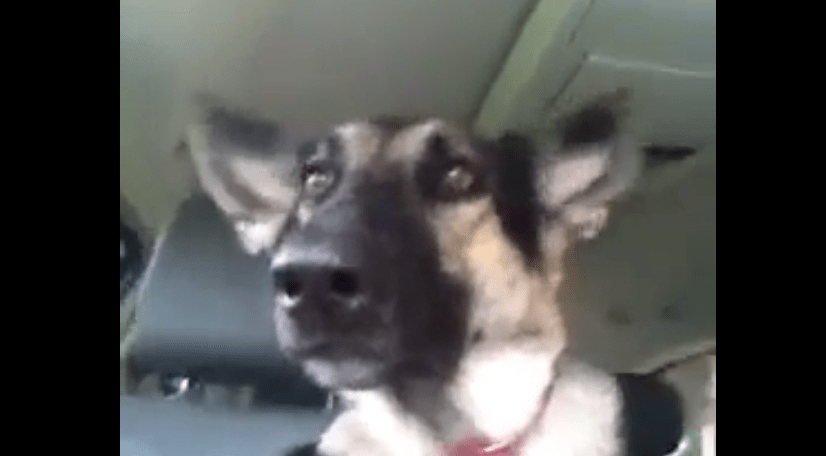 A four-year-old German Shepherd, named Jaxson, from Marion, Indiana, is the star of a video where he “dances” to Flo Rida’s “Low.” In reality, dancing might be a bit of an overstatement. It’s pretty much all ear movement, but you have to admit, for a German Shepherd, he has a good sense of rhythm. Or, as some speculators say, his mom was helping and can be seen behind him in the car. The people who feel the need to debunk this video don’t seem to know how to just relax and enjoy themselves for 40 seconds.

Jaxson’s viral stardom earned him a trip to LA for the filming of FOX’s Cause for Paws, a television show honoring rescue dogs with celebrity presentations, awards, and information regarding adoptable animals. Jaxson was nominated for the show’s Golden Bone in the Weirdest Dog Talent video. What a way to represent all the German Shepherd dogs out there. Maybe he’ll hit Hollywood one day.

All in all, it was a great experience for this German Shepherd and his owner, Stephanie Walton. “It was an amazing experience, nothing like having Betty White take a selfie with your dog!” Walton said. They also got to meet show hosts, Jane Lynch and Hillary Swank. I think he deserved to meet Flo Rida along the show line too but let’s not push our luck. His owner should consider becoming a dog breeder, specifically a german shepherd breeder, if Hollywood really is a possibility.

Some of the most popular videos on the Internet involve pets. And German Shepherds seem to be particularly talented. This specific German Shepherd dog went viral, but he should keep his eye out for his rivals, including one that sings (or maybe howls) along with popular songs. He really should be watching out for german shepherd puppies. Any type of puppies might beat out any other sort of high-quality animal entertainment.

Editor’s note: This post was originally published on November 25, 2014.