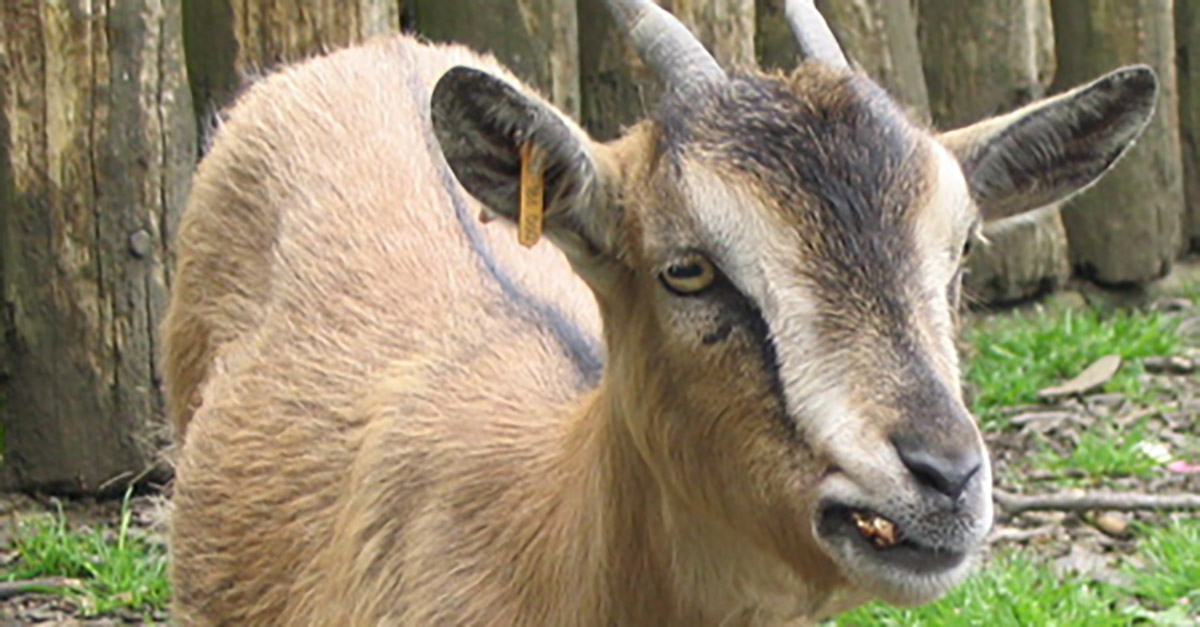 A 5-year-old, three-legged goat named Frosty recently received quite the present from his owner.

RELATED: Meet the goat that makes really weird noises simply because he can

He got a prosthetic leg, making him one of two known goats in America who has a prosthesis, according to PEOPLE magazine.

Frosty’s owner has spent thousands of dollars to keep her beloved pet alive, the magazine says. The Nubian goat lives on a farm in Marvin, N.C.

“Very unusual, I’m sure he’s the only one I’ll treat,” says Alexis Sage, the veterinarian who has helped care for Frosty since he was born.

Frosty lost his leg to a bad infection in his front right knee. Then, a fall a few years later complicated things, and a specialist suggested putting him down. His owner, Deb Barry, wouldn’t even consider it. Barry estimates she’s spent more almost $10,000 on the goat’s care.

RELATED: There’s something very, very baaaaad about this herd of sheep walking down the road