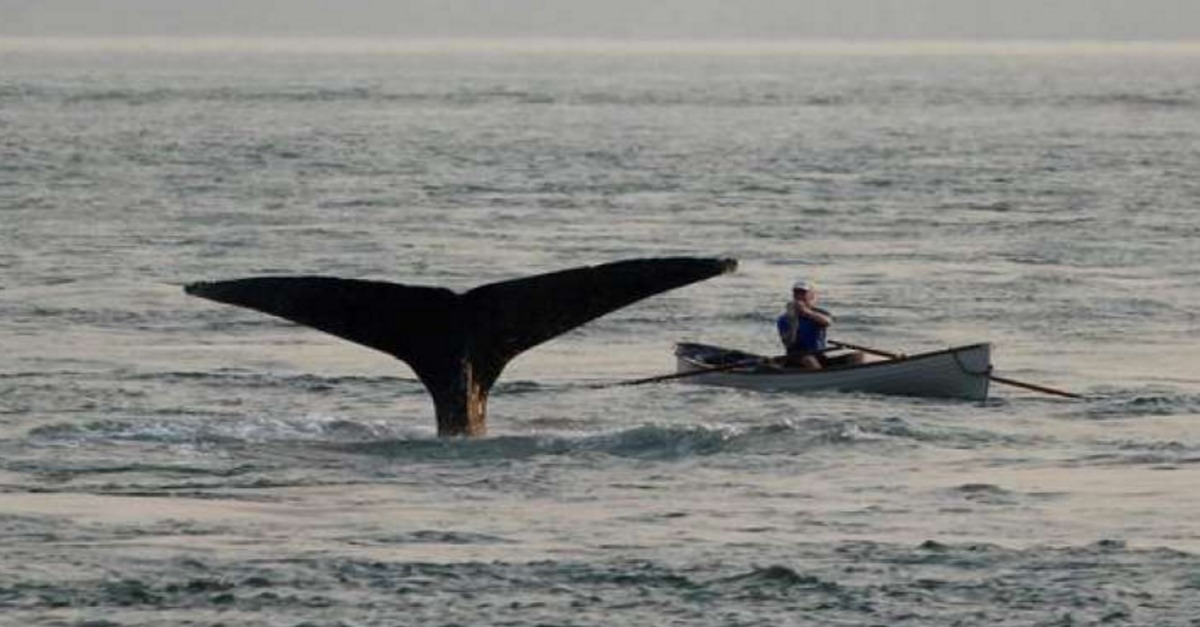 A man in a rowboat near San Francisco’s Golden Gate Bridge had an incredible encounter when a massive humpback whale surfaced less than 20 feet from his boat.

RELATED: SeaWorld had a whale of a time returning Gale back to the sea

Phil Reiff was on a Dolphin Club expedition Saturday morning when he came face to face with the large sea creature. He even managed to shoot a video of the whale as it splashed near him.

“It was crazy!” Reiff told KTVU. “It started coming toward me. I was like ‘holy crap!'”

Reiff did admit he was a bit nervous to have the whale come so close to his boat. Reiff said it was so close that “he could smell its breath and see the barnacles on its tail.”

“It was more fear of the unknown,” Reiff told KTVU. “An enormous whale coming right at you. You don’t know what’s going to happen.”

While the proximity of the whale was a surprise, it’s hardly rare to see whales in the bay. This year has been a monster one for sightings due to “a killer whale feeding frenzy and loads of krill in the area.“