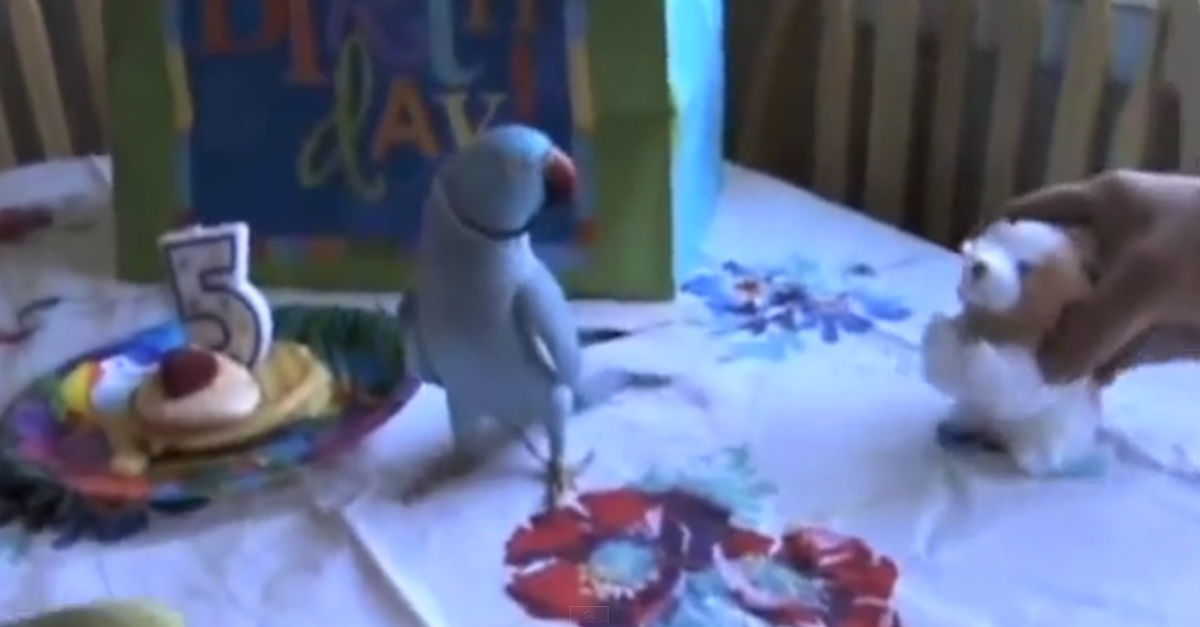 Marine, the parrot, isn’t like some of the other lonely parrots that live their lives in isolation, he’s got a lot of friends. So, obviously, when it was time for Marine to have his fifth birthday, he threw a party, and all his bird buddies were invited.

RELATED: A Kansas family named their illegal pet deer after a “Bambi” character–then an armed game warden got involved

It turns out that this parrot actually has a lot to say–or he knows a few phrases, but he says them a lot. His vocabulary consists of “I love you, whaya doin'” and “come again.” And while you might be a dog or a cat person, this kind of video makes everybody want a parrot…or twelve.

RELATED: This video collage just proves that cats and dogs are still trying to live together