3 Men Arrested For Sexually Assaulting 9 Horses, a Cow, a Goat and Dogs 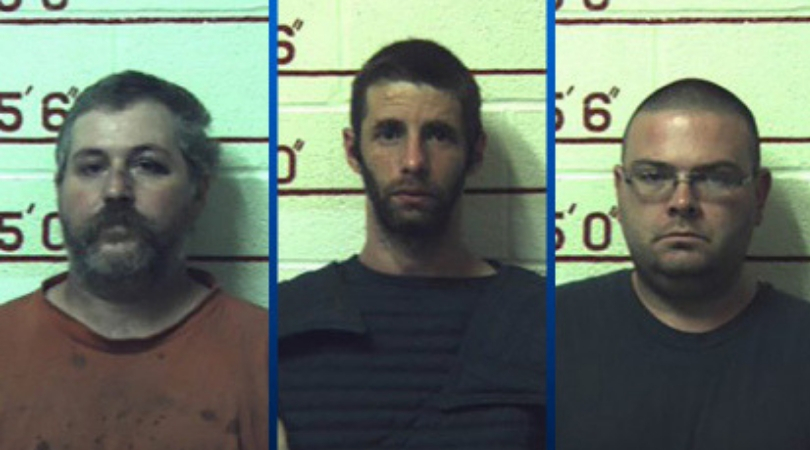 Three sick Pennsylvania men have been arrested for sexually assaulting more than a dozen farm animals over a five-year period. The three men, identified as 31-year-old Matthew Brubaker, 34-year-old Marc Measnikoff, and 41-year-old Terry Wallace were sentenced to 20 to 41 years for forcing themselves on a cow, a goat, nine horses, and an unspecified number of dogs. All men were charged with more than 1,400 criminal counts for animal cruelty, sexual intercourse with animals, and corrupting a minor.

An unidentified teenage boy was allegedly tasked with restraining the animals while the trio committed the bizarre crimes. The horses that we assaulted by the men were all said to be females and were placed in the care of the Pennsylvania Society for the Prevention of Cruelty to Animals.

How were the men caught? The three men were initially arrested in 2018 after the 16-year-old boy told state police all three were committing the horrible acts. The teenager was taken into protective custody, and thankfully showed no signs of sexual abuse. Pennsylvania State Police obtained a search warrant for the “makeshift farm” where the men and the boy lived and found a large volume of homemade videos, recording equipment, and cameras. While searching the barn, they found the men had constructed a special holding pen in the shape of a ‘V’ to facilitate sex with the animals. Prosecutors say the animal abuse began in 2014 and occurred on a weekly basis.

These people must be mentally challenged….. They need serious rehabilitation 😭😭😭😭

Measnikoff’s lawyer, Joseph Ryan, battled the 20 to 41-year sentence, saying it is what someone would get for third-degree murder. Measnikoff stated, “They did not molest children, they did not hurt people. What he did is disgusting, but what he needs is help, not a 20 to 41-year prison sentence.”

Safe to say the Judge Paul Cherry, quickly criticized the lawyer, calling Measnikoff a “sick” man, because the fact that this man is trying to defend him by saying that he didn’t hurt anyone is ridiculous. This man sexually assaulted poor defenseless animals that couldn’t fight back. In what kind of twisted world is this okay? It’s not, and these men deserve what they got.

Just when you think you have seen it all, something horrifying like this comes along and makes you lose faith in humanity.

This article was originally published on April 24, 2019.