Tiny Fearless Puppy Chases Bear Out of Back Yard 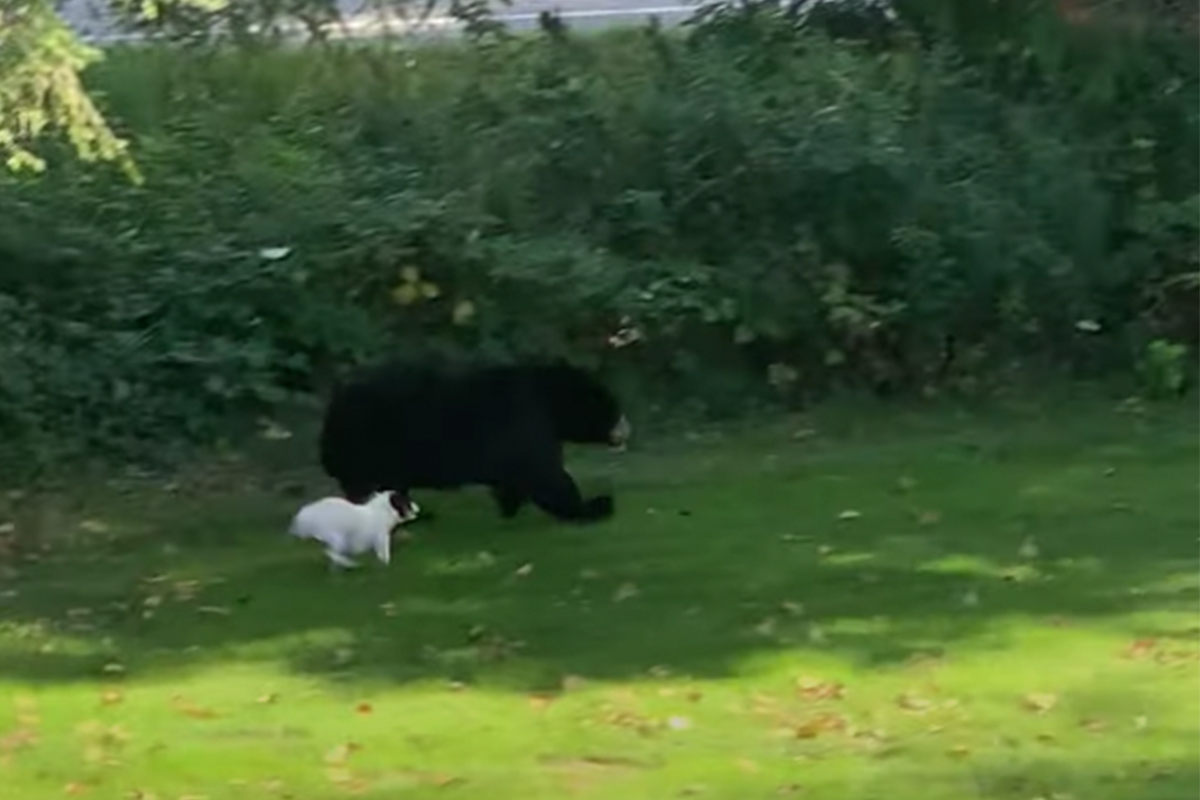 A tiny but massively brave dog was filmed on an iPhone by its owner defending their back yard from a black bear that had intruded onto the property in Port Coquitlam, British Columbia, Canada.

The video shows the fiesty dog, a Jack Russell Terrier, laying in wait as a big, timid black bear slowly climbs down a tree in the yard. Once the black bear hits the ground the dog, named Jersey, starts barking with as much ferocity as it can muster. The startled bear freezes, unsure what to do.

Throughout the video two small children can be heard alternating between (rightfully) fearing for their tiny dog and cheering on the territorial terrier. Meanwhile, their mother can also be heard at point saying she’s going outside to retrieve the dog to, presumably, avoid the pet having its spine snapped in half in the jaws of a wild bear while her young children watch.

This poor bear. It was probably just looking for a bird feeder or an apple or some form of cookies in the garbage to eat. It wasn’t asking for a steak dinner. But it ran into this tiny awesome pup with the heart of a bulldog. As soon as the bear got out of the tree the dog went nuts, was only momentarily distracted by the mom off-screen and, then, when the bear tried to sneak away, this little demon pooch chased him with the fury of a wolverine into the neighbor’s yard. There’s no way the neighbor’s dog doesn’t feel like a loser now. Jersey is the big dog on the block. No need to install home security cameras at this house. At the very least it’s bear-proof now.

Watch: Man Swims with Alligator Like it’s a Dolphin, Gets Bitten