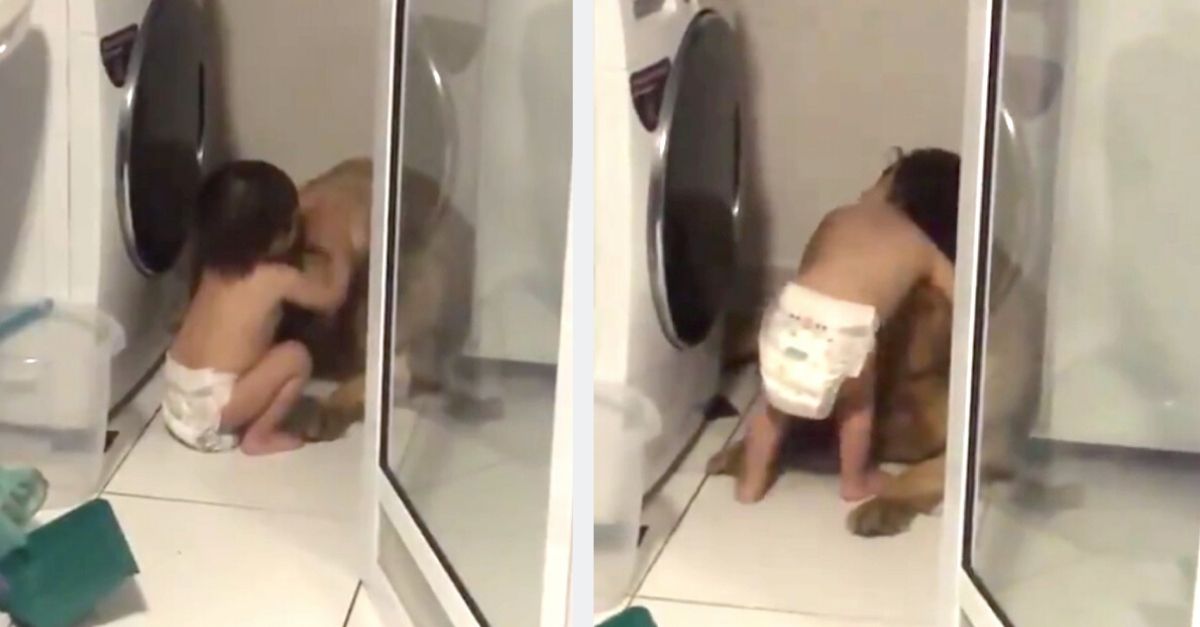 Just look at this perfect duo living the life. This is one of the most adorable things I have ever seen! When you’re small, sometimes the world can seem like a very terrifying place. Sometimes it’s easy to get scared of things that we don’t understand. Like the weather. If you’re anything like I am, thunderstorms scare the living heck out of you.

Just like this pupper, who was so scared of what was going on outside, so he decided to hide. We all know that dogs don’t have the best relations with thunderstorms since they have the ability to hear a wider range of sounds than us. So yeah, thunder to them can sound like a big explosion.

This little guy comforting his buddy during a thunderstorm is the best thing you'll see today 💕💕💕
pic.twitter.com/HD6rdLuE7z

As their owners, we must assure them that everything will be okay, despite the loud noise and provide them with a calming presence. Which is exactly what this little buddy did. Twitter user, @akkitwts, posted a heartwarming video of a toddler and a very frightened pupper hiding in the laundry room while in a storm.

In an adorable turn of events, a small toddler goes up to him and starts comforting the golden retriever, by caressing him to let him know he’s okay. The little guy then gets on his feet and starts cuddling him to protect him. Although this kid didn’t say anything, rather just use his body language to reassure that they were both okay, I want to believe that this kid was telling him “don’t worry best friend, we’ll get through this together! We’re okay.”

Because well, if you look at his body language, that’s probably exactly what he’s trying to convey. The best thing about this video is that the pooch is just taking everything in, and accepting all of the hugs he can get. To the point where he even goes back in to hug the human by lowering his head to make it easier for the toddler to hug him. That’s love, what a good boy!

Ugh, be still my heart. I guess some heroes wear capes, and some wear Huggies! We definitely don’t deserve pups.