Two Sharks Ripping a Dolphin to Pieces Caught on Video 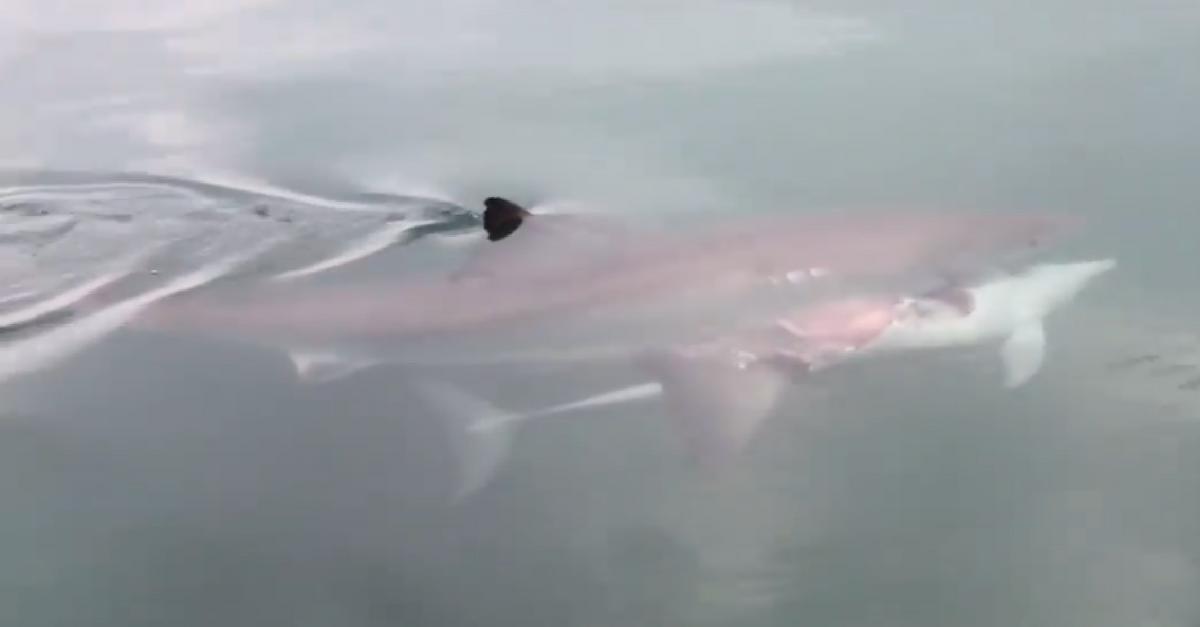 The ocean is full of demons. Full stop. If you wanted to draw a picture of the creatures that inhabit hell, basing them off what already exists in the ocean would be an effective and believable starting point. Maybe hell is literally just being turned into a form of marine life and living in the ocean? Once again, the ocean is a terrible place.

The latest evidence that the ocean is dark and full of terrors comes from two videos posted and narrated by what can only be described as a group of hyped Australian bros who cannot believe their eyes. Honestly, there are two giant sharks fighting over a dolphin corpse and these Aussies might still be the best part of these videos.

You should definitely watch these with the sound on. (Warning, the guys filming this are cursing because of all the giant sharks ripping a dolphin to shreds right underneath their boat as they float in the open ocean.)

Australia is, of course, noted for its bevy of supernaturally terrifying wildlife, so seeing a sight like this off its coast is unsurprising. The Aussies speaking in the video were pretty lucky that was all that happened. Some squid thing could have popped out, eaten both sharks, and then sucked their faces off with its suction cups. Or maybe a croc working in tandem with spiders could have floated over to their weird raft looking boat and all the devil’s creatures could’ve feasted together.

That poor dolphin. Poor dolphins in general. They deserve so much better than having to swim amongst all that evil. We should dig them a big safe ocean they can all live in.

Anyway, there really aren’t words that do these videos justice. They’re worth about a billion of them. So just go ahead and watch and enjoy both the raw shark power and the stunned, screaming Aussie bros.

This article was originally published August 17, 2018.

Watch: WHY JAWS IS THE GREATEST FISHING MOVIE EVER MADE