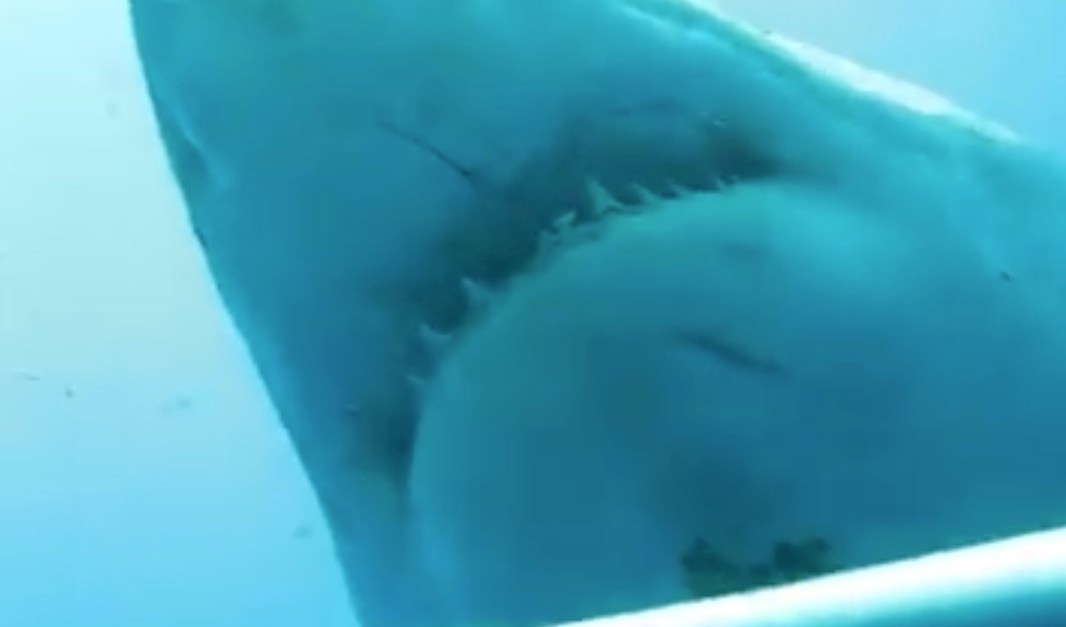 Sharks are intimidating, no matter their size. But this shark, who is being called “the biggest shark ever filmed” really takes the cake.

A diver named Mauricio Hoyos Padilla, a shark expert who works for the Discovery Channel, captured the footage in Guadalupe Island, Mexico. Experts say the shark is at least 50-years-old, estimated to be more than 20 feet long, and was pregnant at the time of this sighting.

“I give you the biggest white shark ever seen in front of the cages in Guadalupe Island….DEEP BLUE!!!” the caption reads on Facebook.