Watch as these Indonesian soldiers bite snakes and drink their blood–in front of the U.S. Defense secretary 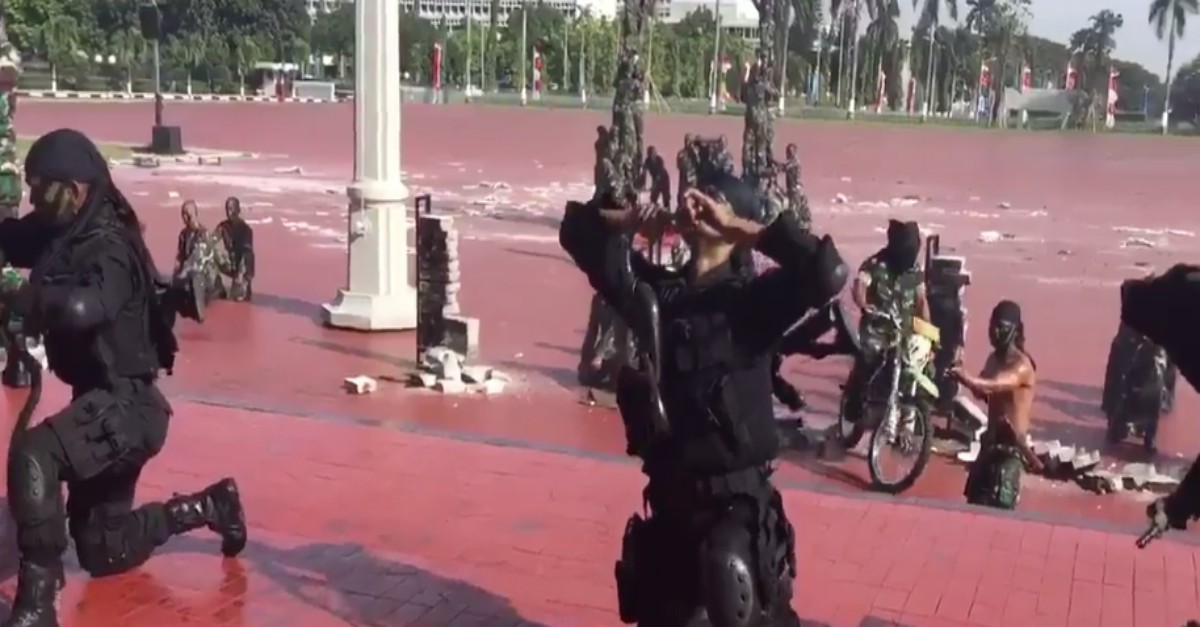 In a bizarre performance, a group of Indonesian special forces soldiers bit into King Cobra snakes and drank their blood–all in front of U.S. Defense Secretary Jim “Mad Dog” Mattis.

RELATED: A man casually killed a snake while riding a train full of scared commuters

Mattis, on a trip to Asia, witnessed the brave–and crazy?–acts on Wednesday and came away pretty impressed.

“Eating the snakes. Whoa,” Mattis told reporters. “You can imagine how much training went into each individual there that they were able to do that. When you watch a force do that many small things perfectly, you can imagine that they can also put the bigger issues together.”

Special forces in Indonesia demonstrates to Mattis their ability to eat snakes. pic.twitter.com/I24p5adzsG

The group, stationed on a military base outside Jakarta, also displayed other interesting skills.

RELATED: Gen. James Mattis is one of the better choices Trump could have made for defense secretary

There were nunchuck demos, blindfolded sharp-shooting, sword-ladder climbing while barefoot, and soldiers even lit stacks of bricks on fire and then smashed them to pieces.