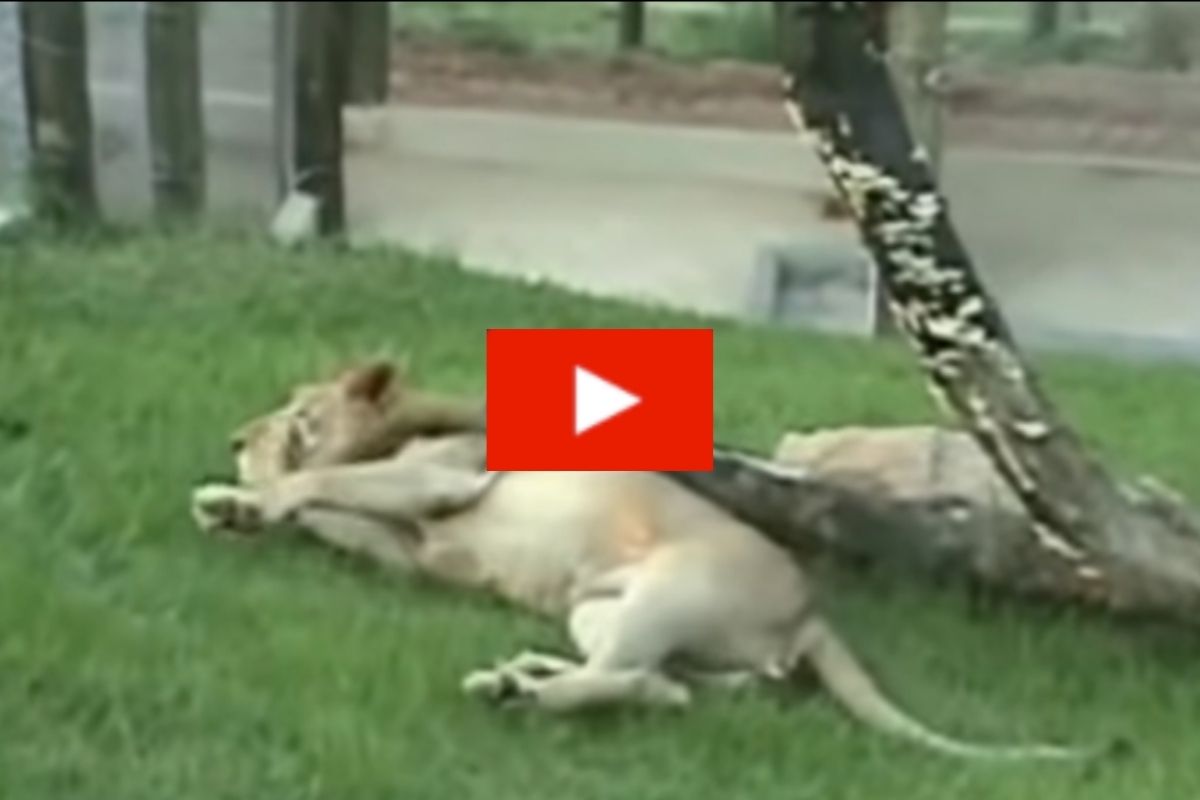 Will, a rescued circus lion, spent his first 13 years with a Brazilian circus acts, never so much as feeling the dirt and grass under his feet.

Brazilian animal sanctuary, Rancho dos Gnomos Santuário, shared a viral video of Will on social media acting like a curious big cat setting foot on grass for the very first time. He was raised in captivity, living indoors in an area with cold metal floors. His reaction is heartwarming, especially when you see him flop on his back and roll in the grass. It’s great to see how much he likes the rocks and sticks.

This retired circus lion was lucky to wind up in a happy place where he can live out the remainder of his days. A lion can live up to 14 years in the wild, or up to 26 in captivity. The sanctuary takes care of domestic, wild, and exotic animals displaced by abuse, circuses, cockfighting, trafficking, the fur industry, deforestation, accidents, and other issues.

Watch the ex-circus lion touch grass for the first time below:

Will will have a lot of company at the sanctuary, and it will be good for his well-being. It houses may types of different wild animals including other lions, jaguars, sloths, deer, macaws, parrots, monkeys, otters, dogs, and cats. The organization also conducts environmental education programs for kids.

There are a number of accredited animal sanctuaries in the United States. Some circus animals who lost their jobs due to the closing of the Ringling Bros. and Barnum & Bailey Traveling Circus animal acts will be able to retire at these sanctuaries, settling into their new homes. These sanctuaries provide better opportunities for animal welfare than the cramped cages most of these animals suffer through, just as Will the circus lion did.

The sanctuary had wrote, “For 13 long years, the lion had been confined to a cramped cage and denied any semblance of a normal existence,” and now, he’s just a “playful wild cat” enjoying his fresh, grassy floors.

Editor’s note: This article was originally published on August 8, 2018.