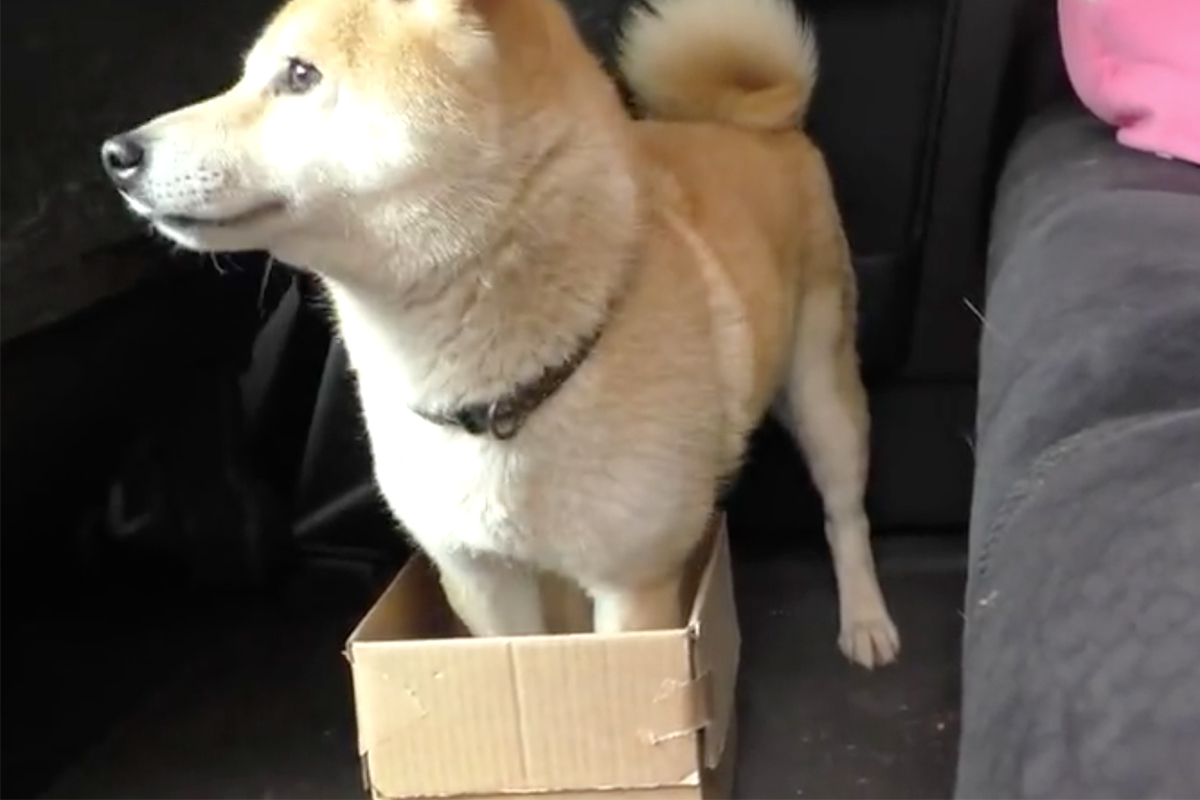 This is dog might be too well trained. A pet owner has his pooch conditioned to get into a cardboard box in his vehicle when going for a car ride.

A Dog Owner Pranks the Obedience of His Dog

The dog, named Shiba Inu Koharu, doesn’t think twice when her master decides to play a little practical joke on her. He replaces the large box Shiba is accustomed to riding in with smaller and smaller boxes.

Even when the owner replaces her joyride box with a hilarious prank gift box, the well-intentioned pup gets in the only part of her that will fit — one little paw in the ridiculously small box. Every time the dog’s reaction is genuine and sweet and unassuming. We don’t deserve dogs.

All you can really think, if you’re like us, while watching this video is just how sweet this dog is. So trusting, so loyal. She just wants to be a good girl and go for a ride. Truly this speaks to the nature of both man and dog. Man, the untrustworthy, tricky, selfish animal. Tormenting the innocent for a cheap lol. Arrogantly playing God with the oblivious animals he controls.

And then we have the dog. Loyal to a fault. Trusting of man, in whom it has entrusted its entire life and livelihood. Eager to please its master no matter how questionable or worrisome the situation may be. Even if the dog could ask questions about the obviously changing boxes, it wouldn’t. Always wanting to please. Never wanting to question its (obviously wrong) human being.

This article was originally published March 3, 2017.