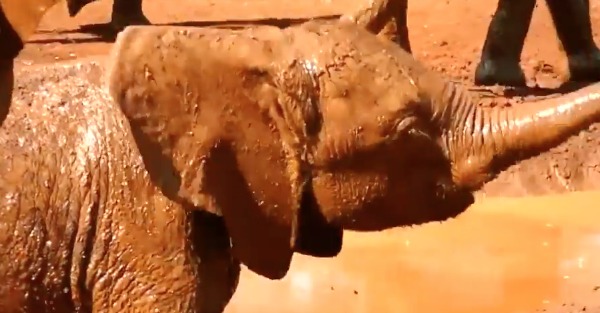 When Luggard was just a few months old, a pilot on anti-poaching patrol in Kenya spotted him falling behind his herd and requested assistance.

RELATED: A baby elephant is learning how to use his trunk in such adorable fashion

The team discovered Luggard had been shot twice in the hind legs.

The elephant received veterinary attention and was brought to the David Sheldrick Wildlife Trust, an orphaned elephant rescue and rehabilitation center, where he will remain until he his 3 years old. He will then be reintegrated into a heard in a conversation center.

According to the National Geographic video, the center treats over 150 calves per year, injured due to human-wildlife conflict and poaching.