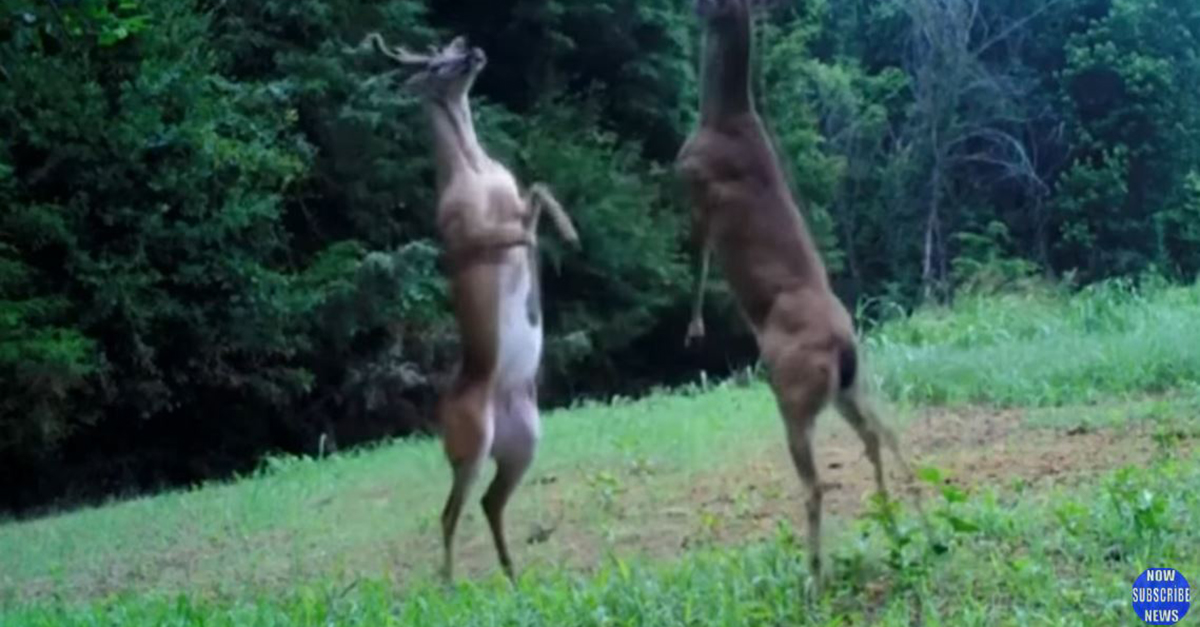 Two Tennessee Wildlife Resources Agency trail officers were in the right place and the right time last week, in order to view two deer having a straight-up “slap fight.”

RELATED: Watch the moment a man rescued a screaming baby deer from a soccer net as her mother lingered nearby

Amy and Bubba Spencer caught the bucks in mid-fight, as the animals were both on their hind legs.

In the video, you can see the two engage in a bizarre hoof-to-hoof fight. It looks awkward but those in the know say it can prove quite violent since the hooves are sharp.

RELATED: A deer in search of deals found his way into a Walmart but was frightened by fellow shoppers

The deers’ antlers are extremely sensitive and still growing, but expect the duo to go at it again this fall, this time with their antlers doing the dirty business.