Watch this bison protect her baby from a wolf attack 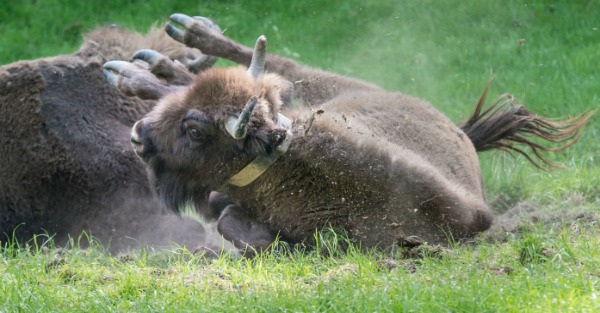 A hungry wolf attacks a baby bison and finally the mother steps in.

RELATED: A guy wrestled with a wolf WWE-style — but he didn’t count on being tag-teamed

A video posted by YouTube user Stonehedge shows a baby bison getting attacked by a wolf for almost a whole minute before her mom steps in to save the day. The mother seems quite concerned for her cub, checking him for injury, keeping him behind her away from the wolf. It isn’t clear why it took her a full minute to get to junior. Maybe she was waiting to see if he could fend off the attacker himself, or maybe she just wasn’t paying attention.

The brazen wolf doesn’t run away as one would expect, instead he just hangs around lounging, waiting for a chance to pounce.