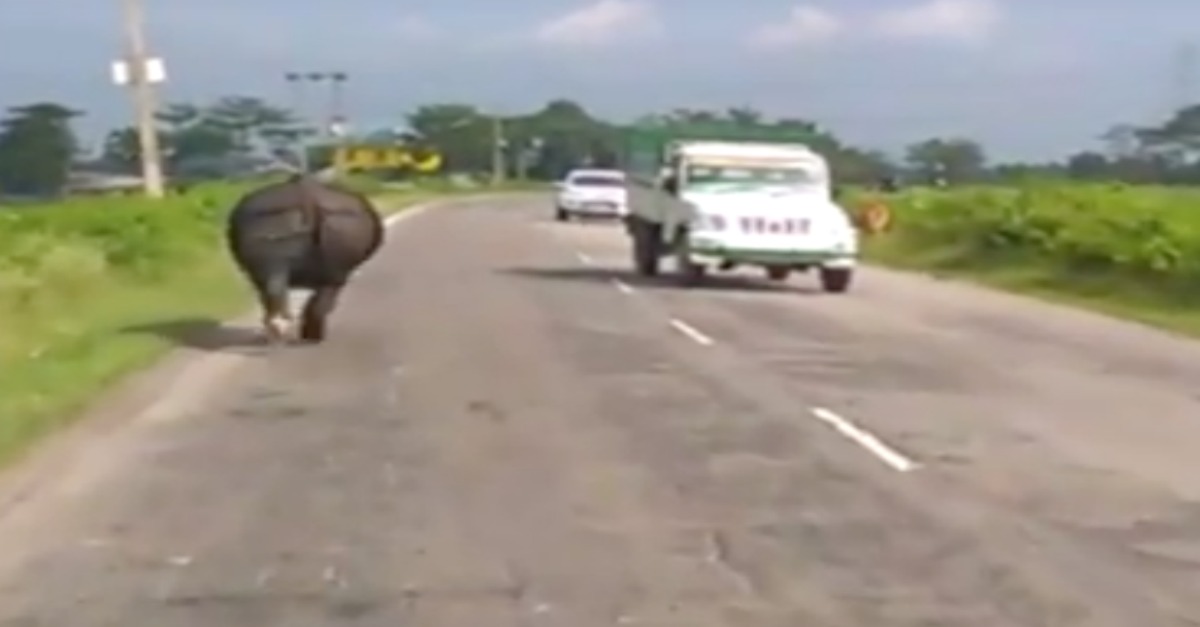 But that doesn’t explain why motorists in this crazy video were going a little nuts themselves when they encountered a giant, charging rhinoceros in the roadway recently.

According to a comment made by the North-East of India Facebook page, rainy seasons are rife with animals-on-the-road scenarios.

In the video, you can see one car back up in a panic when face-to-face with the massive animal. It nearly hits another car in its haste to get away.

Hopefully, no animals (or cars) were hurt in the making of this video, which provides for one awesome sight indeed.