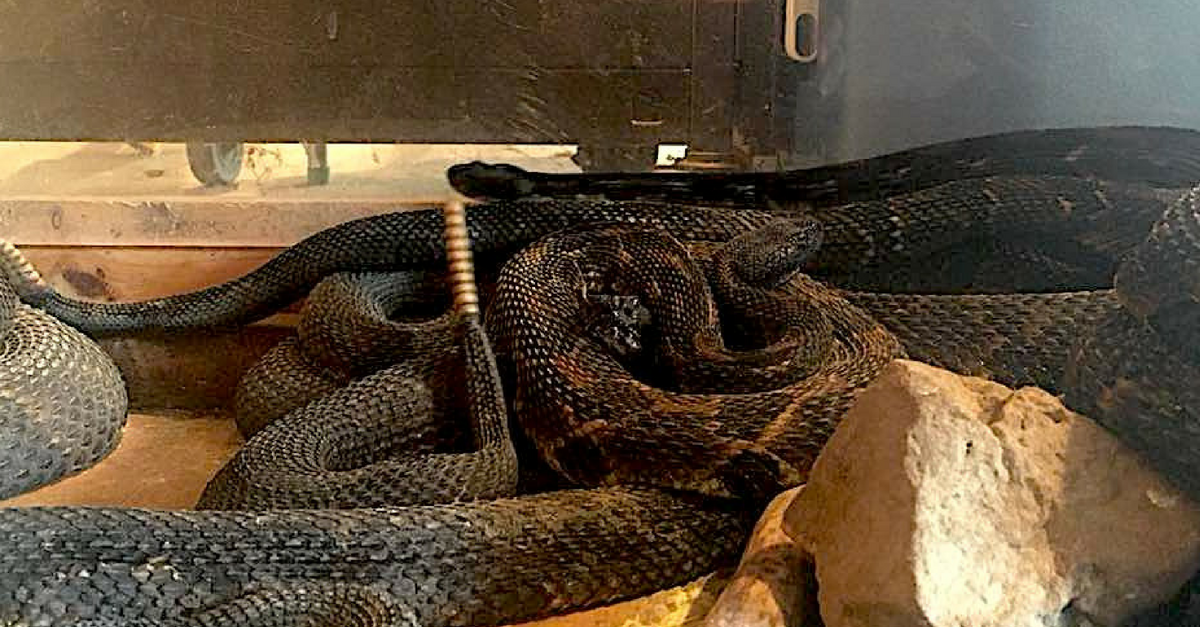 So, basically, somebody saw or knew about the Rattlesnake Bandit repeatedly trapping rattlers and taking them back to his house for… reasons, became rightfully concerned because this the behavior of a crazy person, and tipped off the cops. Good call!

Police eventually found their way to the home in question and quickly discovered the man’s unnecessary collection of poisonous snakes.

Usually, I am of the opinion that what a man does in his own home is his business so long as it’s not immoral or egregiously illegal and, though collecting a dozen and a half rattlesnakes is technically neither of those things, it’s also way too weird to be cool with.

This guy needs to be on a watch list. He’s going to do something else and everyone is going to be like, “HOW DID NO ONE SEE THIS COMING!?!”

No trustworthy human being traps rattlesnakes and keeps them in his house. He was going to release these things in a mall or sell them to a meth dealer for the snakepit they throw snitches into. Something both trashy and no good was going to be done with them.

What are you laws, West Virginia? Who at some point in the history of the West Virginia legislature had the floor and said, “What happens between a man and one rattlesnake of 42 inches or more, in his own home, is of no business or concern to the government of West Virginia.”? Get it together, people.

This story was originally published August 27, 2018.

Watch: These Hognose Snakes Are Just a Pair of True Gentlemen